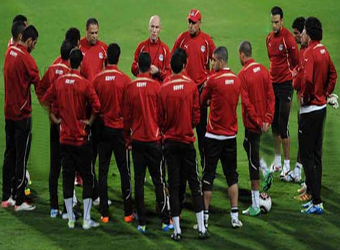 Egypt, trailing 6-1 from the first leg, have been cleared by FIFA to host the World Cup playoff return match against Ghana in Cairo despite safety concerns.

The Ghana FA had urged soccer’s ruling body to find “a safe and secure venue” on neutral territory for the November 19 game following recent violence in the Egyptian capital.

However, FIFA on Wednesday confirmed Cairo as the venue after a visit by inspectors and a demand that Egypt provide security guarantees, it said in a letter to both countries released by the Ghana FA.

The winners of the playoff will qualify for next year’s World Cup in Brazil.

FIFA said the Confederation of African Football’s decision to stage the Champions League final at Cairo’s Air Defense Stadium on November 10 shows the situation in Egypt is getting “back to normal”.

Egypt will allow fans to watch both games after previously banishing big matches to a small stadium in El Gouna on the Red Sea coast and away from major urban areas.

The second leg of the African Champions League final is between Al Ahli of Egypt and the South African club Orlando Pirates and will follow the first match in Soweto on Saturday.