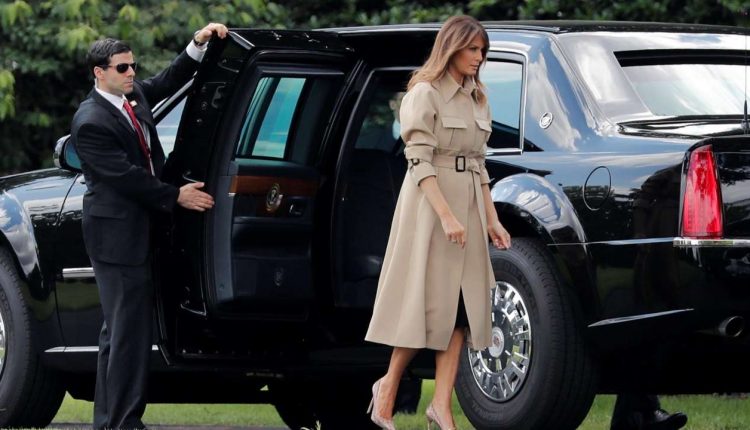 U.S. first lady Melania Trump reappeared in front of the cameras on Wednesday for the first time since May 10, traveling with her husband President Donald Trump to a hurricane briefing.

“She went through a little rough patch, but she’s doing great,” the president said, introducing his wife at the beginning of a hurricane briefing at the headquarters of the Federal Emergency Management Agency in Washington.

“She’s done a fantastic job as First Lady. The people love you,” he said. The Trumps have complained on Twitter about what they have described as unfair speculation about her lengthy absence from the public eye.