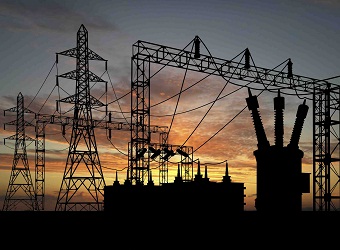 Five banks operating in the local market have signed on Tuesday two contracts of 37.4 billion Egyptian pounds to support the country’s electricity sector, in one of the largest financing transactions between the Egyptian banking system and the electricity sector.

The first contract was signed with the Egyptian Holding Electricity Company (EEHC) worth 19.4 billion pounds, under the management of National Bank of Egypt (NBE).

This loan is intended to finance renovation of medium and low voltage grids, as well as the installation of smart metres.

The second contract was signed with the Egyptian Electricity Transmission Company (EETC) with financing of EGP 18bn under the agency and management of Banque Misr (BM).

The loan is intended to strengthen the unified and high-voltage grid.

In addition, the loan aims to strengthen and develop the national network for the transfer of electricity, through building new transformer stations, cables, and transmission lines across the republic.

The total duration of these funds extends over 15 years, including three years that represent the period for companies to withdraw the financing values. After that period, the repayment of the funds will begin in the next 12 years.

The two contracts were signed at the Ministry of Electricity in the presence of the Minister of Electricity Mohamed Shaker, a number of ministry leaders, and the leaders of the banks participating in the loan.

NBE and BM have been playing a prominent role in providing the necessary financing for the implementation of several power plants, which boosted the capacity of the electricity sector and enabled it to achieve a huge production boom that contributed to the surplus of electricity even on the most peak days.

Over the past five years, the banks have engaged in banking alliances with a group of banks to arrange and provide various co-financing for a large number of electricity sector projects.

These funds contributed to the implementation, construction, and expansion of the capacity of 20 power plants, as well as the financing of a number of mobile generating units, in addition to the direct financing granted by NBE and BM separately for the implementation of some power stations.

The plan also includes the expansion and construction of 15 500/220 kV plants, the construction of about 2,000 km of 500 kV lines and the establishment of four 220/66 kV stations. In addition, it includes three mobile stations with a voltage 220/66 kV.