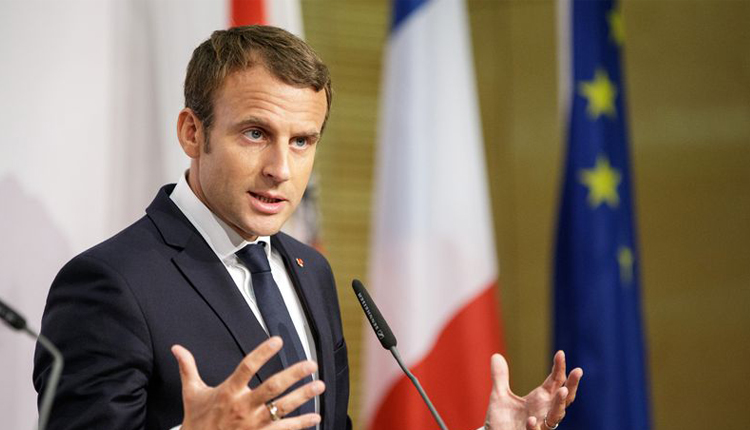 French President Emmanuel Macron’s popularity rose slightly in July despite a political uproar surrounding his former senior bodyguard who was filmed assaulting demonstrators, according to an opinion poll on Saturday.

Macron’s ratings had slumped to fresh lows in June just over a year after coming to power, several leading polls had shown, with critics describing the ex-investment banker as out of touch over policies seen as favoring the rich.

Yet Macron, 40, regained some ground in July in a Harris Interactive survey. His popularity climbed two percentage points to 42 percent despite the brewing political scandal and amid a possible halo effect from France’s World Cup soccer victory.

Footage emerged 10 days ago showing the head of his security detail, Alexandre Benalla, beating a male demonstrator during May Day protests and dragging away a woman while off duty and wearing a riot helmet and police tags.

Benalla was fired and later placed under investigation, though political opponents said Macron was slow to react.

The Harris survey of 966 people was taken between July 24 and 26, during which time Macron made his first comments on the Benalla affair, telling lawmakers from his party that he alone bore responsibility for the incident.

That appeared to improve his image in the eyes of those surveyed thereafter, according to Jean-Daniel Levy, head of politics and opinion at Harris Interactive.

Macron’s standing improved the most among young people under 35 in the past month, the poll showed.

The president’s approval rating, which peaked at 59 percent in June 2017 just after he took office, sank below the 50 mark in May this year and then to 40 percent in June, according to the Harris data.