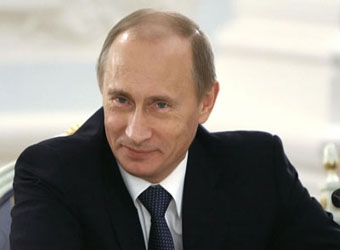 The Group of Seven rich countries have agreed to impose new sanctions on Russia over the crisis in Ukraine, a statement said Saturday, with a senior US official saying some could come as early as Monday.

The move marks a further ramping up of pressure on the Kremlin by the grouping, which has turned on its fellow G8 member since Russia annexed Crimea in March.

“We have now agreed that we will move swiftly to impose additional sanctions on Russia,” a joint statement said.

“Given the urgency of securing the opportunity for a successful and peaceful democratic vote next month in Ukraine’s presidential elections, we have committed to act urgently to intensify targeted sanctions and measures to increase the costs of Russia’s actions.”

The tough-talking comes after American President Barack Obama, who is in Seoul, spoke by telephone with senior European leaders late Friday in what the US State Department said was an example of the allies working in “lockstep”.

A senior US official, however, noted that the measures by each country need not be identical. Several European economies are tightly bound to Russia, which is a large supplier of energy.

“Each country will determine which targeted sanctions they will impose,” the official said.

“These sanctions will be coordinated and complementary, but not necessarily identical. US sanctions could come as early as Monday.”

The G7 statement praised the “restraint” with which the new government in Kiev had acted in dealing with the pro-Russian gunmen who have seized official buildings in the east of Ukraine as the crisis gripping the country has spread.

“In contrast, Russia has taken no concrete actions in support of the Geneva accord.

“It has not publicly supported the accord, nor condemned the acts of pro-separatists seeking to destabilise Ukraine, nor called on armed militants to leave peacefully the government buildings they’ve occupied and put down their arms.

“Instead, it has continued to escalate tensions by increasingly concerning rhetoric and ongoing threatening military manoeuvres on Ukraine’s border.”

“We reiterate our strong condemnation of Russia’s illegal attempt to annex Crimea and Sevastopol, which we do not recognise.

“We will now follow through on the full legal and practical consequences of this illegal annexation, including but not limited to the economic, trade and financial areas.”

Sources said the measures would target individuals and could go further but would not be against sectors of the Russian economy.

The US would like to hold those powers in reserve for the event that regular Russian forces invade their western neighbour.