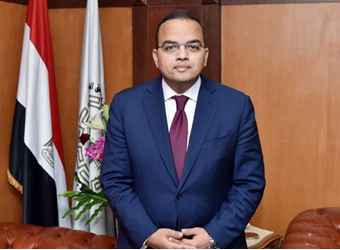 Portugal occupied the 89th place among states investing in Egypt as Portuguese investments are estimated at US$2 million, Egyptian investment authority announced Wednesday.

CEO of Egypt’s General Authority for Investment and Free Zone (GAFI), Mohamed Khodair added that these investments are pumped into the Egyptian market through 24 companies.

The minister made these remarks on the sidelines of his meeting with Portuguese Ambassador to Egypt, Magdalena Fischer and Executive Board Member of aicep Portugal Global – Trade & Investment Agency, Luís Castro.

The meeting targeted enhancing mutual economic cooperation between GAFI and aicep to attract more Portuguese investments to the Egyptian market.

During the meeting, both sides agreed on sending a mission including Portuguese firms that keen on investing in Egypt to Cairo within the second half of 2017. The mission is set to meet with Egyptian firms working in strategic sectors including pharmaceuticals, food industries, new and renewable energy, and leather.

Khodair showcased the privileges of Egypt’s new investment law with the Portuguese side as well as its importance in creating investment climate in Egypt.

GAFI and aicep agreed on activating the Memorandum of Understanding (MoU) signed between them in June 2016 by opening effective channels between both authorities through which both states could exchange information and available investment opportunities regularly.