German finance minister agrees euro is too low for Germany 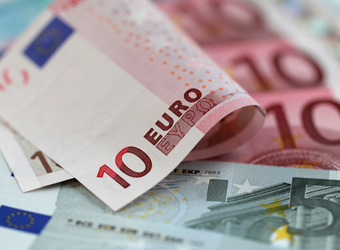 Germany’s Finance Minister Wolfgang Schäuble has added to the transatlantic debate over the appropriate value for the euro’s exchange rate, blaming the European Central Bank for keeping it too low for his country.

Schäuble’s comments have been widely interpreted as an attempt to deflect the rebuke aimed at Germany onto the interest rate-setting ECB and follow remarks from German Chancellor Angela Merkel last Tuesday which stressed the independence of the bloc’s central bank.

“The euro exchange rate is, strictly speaking, too low for the German economy’s competitive position,” Tagesspiegel quotes the finance minister as saying.

“When ECB chief Mario Draghi embarked on the expansive monetary policy, I told him he would drive up Germany’s export surplus . . . I promised then not to publicly criticize this course. But then I don’t want to be criticized for the consequences of this policy,” Schäuble is reported to have added.

Many commentators have lent their support over the past week to Navarro’s view that the level of the currency is too low for the euro zone’s largest economy, although the attempt to lay the blame at the German government’s feet has received less backing.

Navarro has a “valid criticism”, according to Stephen Szabo, executive director of the Transatlantic Academy, a Washington D.C.-based forum for research and dialogue between German and U.S. institutions.

“Germany runs major current account surpluses with the U.S. and refuses to find ways to increase domestic demand to correct for the imbalances these surpluses have created,” posited Szabo in emailed comments to CNBC.

“The euro is undervalued and if there was a Deutsche mark today it would have a much higher exchange rate with the dollar,” he argued.

Schäuble also addressed the impending exit of the U.K. from the European Union (EU), seemingly softening the rhetoric repeated by many EU leaders in recent months that the U.K. could not expect to get a better deal outside of the trading bloc than within it.

His assertion that the EU should recognize the benefits that the City of London provides to it by pursuing a “reasonable” deal with the U.K. also demonstrated an about-face from his tougher line on the obligations the U.K. could expect to be saddled with in a post-Brexit world, as seen in comments made as recently as November.

“We don’t want to punish the British for their decision,” Mr Schäuble told Tagesspiegel. “We want to keep Britain close to us.”

“London offers a quality of financial services that are not to be found on the continent. That would change a bit after a separation, but we have to find reasonable rules here with Britain,” he added.

Schäuble’s comments were consistent with the impression Adam Marshall, director general of the British Chamber of Commerce (BCC), says he got from the finance minister during a conversation in 2016.

“I’m delighted that you see an important figure like Wolfgang Schauble saying this. At our conference last year I asked him the question, ‘what will you do if the U.K. leaves the European Union?’ What he said to me is ‘We will cry’ – perhaps, actually, he was telling the truth at that time,” the director general told CNBC on Monday.

“I think German firms that we speak to want to see continued flows of trade between the U.K. and the rest of the EU. I think on the financial services side there is a need of course to maintain the U.K.’s role in helping the rest of the euro zone to finance its businesses as well. I think there is a mutual interest in striking a good deal here,” Marshall concluded.

We’re going to face a dollar collapse like the 1980s: analyst