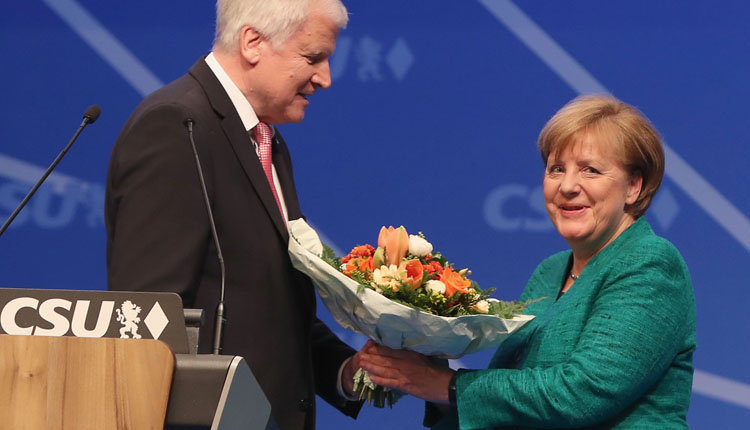 German Chancellor Angela Merkel’s Social Democrats (SPD) coalition partners said on Tuesday they need to scrutinize a compromise on migrant policy she struck with her Bavarian allies to save her three-month old government before they agree to it.

A deal between Merkel’s own Christian Democrats (CDU) and her Bavarian Christian Social Union (CSU) partners, envisages special transit zones at the German border with Austria where migrants already registered in other EU countries will be held.

They would then be sent back – although Austria has yet to agree to this, and Vienna signaled possible problems ahead by saying it would have to protect its southern borders with Italy and Slovenia if the German deal went into effect.

The new policy which tightens restrictions on migrants is a compromise that allowed Merkel and CSU head Horst Seehofer to back down from their confrontation over immigration that had threatened to break up their coalition.

Merkel said the deal showed Germany was not simply taking unilateral action but working with its European partners.

Seehofer, who is also interior minister and wanted tighter national border controls, caused chaos in the last few days, threatening to resign and then putting that on ice. Now he has said he will remain in his cabinet post.

The row underlined the deep divisions within Europe on how to deal with the migrants who have arrived in the last three years.

Seehofer said he would travel to Vienna soon and had already spoken to Austrian Chancellor Sebastian Kurz by phone. “I have the impression that he is interested in a sensible solution,” he said before a party meeting.

Before Merkel can go ahead, the SPD, who share power in the three-way coalition, also has to agree. The party’s lawmakers are discussing it on Tuesday. Previously, the SPD had rejected such centers.

Some senior SPD figures were scathing about the deal.

“After weeks of fighting, with ultimatums, threats, swearing, resignations, withdrawal of resignations, the conservatives have at last laid an egg,” one of the SPD deputy leaders, Ralf Stegner, tweeted.

“What will hatch from it? What is to be made of it? We will look at it closely,” he added.

The head of the SPD’s Jusos youth wing, Kevin Kuehnert, told rbb radio the SPD has spoken out against closed institutions for asylum seekers “and therefore I do not expect us to simply nod this through”.

Ultimately, however, it seems unlikely that the SPD will torpedo the deal and trigger another political crisis.

CDU General-Secretary Annegret Kramp-Karrenbauer told German television she believed the SPD would back the deal.

“The SPD has said they want to speed up the process,” she said. “I think this is a realistic solution that the Social Democrats can agree to,” she said.