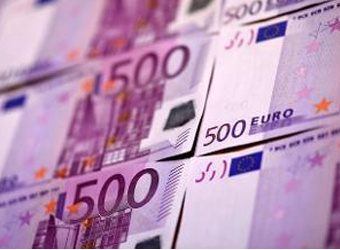 German finance minister has played down concerns over the impact of France’s upcoming election on the euro.

The common currency has been on an uncertain path due to the unpredictability of the presidential vote this Sunday, but according to Wolfgang Schaeuble, the euro “can survive.”

“I’m quite optimistic and I think the French people will take a reasonable decision. That means a decision that allows, so the euro can survive,” Wolfgang Schaeuble, finance minister of Germany told CNBC on the sidelines of IMF-World Bank spring meeting in Washington.

With two of the main frontrunners campaigning against the common currency and pledging extra spending, investors are worried about France’s economic future, but mostly about the stability of the euro zone and the European Union.

Schaeuble told CNBC that rising euro skepticism across Europe is not the euro’s fault.

“I think it’s not the matter of the euro. I think it’s a lot of problems. I think some problems are similar to reasons for electoral decision in U.K. and the Brexit or in the United States and the presidential elections,” Schaeuble said, hinting that anti-EU sentiment is linked to concerns over security and immigration.

U.S. Treasury refuses to give Exxon Mobil special waiver to drill in Russia

Amazon removes racist messages after they appear on…