U.S. Treasury refuses to give Exxon Mobil special waiver to drill in Russia 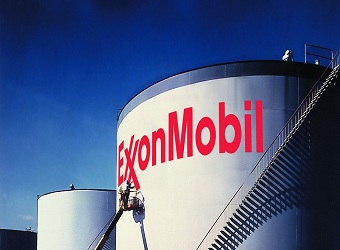 The U.S. Trump administration will not grant special permission to U.S. companies, including Exxon Mobil, to carry out oil and gas drilling in Russia while sanctions remain intact, according to a Friday statement from Treasury Secretary Steve Mnuchin.

Exxon tried to secure a waiver that would let it drill in parts of Russia currently blocked by U.S. sanctions, The Wall Street Journal reported this week. That ban was related to Moscow’s 2014 annexation of Crimea and support for separatists in eastern Ukraine.

The push came about a month after former Exxon CEO Rex Tillerson became secretary of State.

The Treasury’s decision on Friday came as the Trump administration changed its tone on Russia.

Exxon and Russian oil giant Rosneft entered a joint venture in 2012 to develop offshore reserves in the Arctic Kara Sea and the Black Sea, as well as onshore assets in Siberia. Those deals, which represent a big part of Exxon’s potential future production growth, were halted by U.S. sanctions.

Exxon said in a filing after the sanctions were put in place that its “maximum before-tax exposure to loss from these joint ventures” totaled $1 billion through the end of 2015.

The U.S. energy giant is concerned that European competitors still operating in Russia will gain an advantage in the Black Sea, a source briefed on its waiver application told The Wall Street Journal this week. The company also faces a contractual deadline to make an oil discovery there by the end of the year, the paper reported.

Exxon said in a statement on Friday: “We understand the statement today by Secretary Mnuchin in consultation with President Trump. Our 2015 application for a license under the provisions outlined in the U.S. sanctions was made to enable our company to meet its contractual obligations under a joint venture agreement in Russia, where competitor companies are authorized to undertake such work under European sanctions.”

The news of Exxon’s effort to re-enter Russia drew swift criticism from both sides of the aisle.

Sen. John McCain, Republican chairman of the Senate Armed Services Committee, linked to the Journal story on Exxon’s waiver application in a tweet and asked, “Are they crazy?”

In a statement to CNBC on Friday, Sen. Marco Rubio said, “While a waiver to allow business with prohibited Russian entities may be in Exxon-Mobil’s interest, it would clearly not be in America’s national security interest.”

Sen. Ben Cardin, the ranking Democrat on the Senate Foreign Relations Committee, on Friday said the deals that Exxon sought “would put money in the pockets of Russian oligarchs and the Russian treasury, guaranteed to be used against America, our interests, and our allies.”

US warns of Russian meddling in French presidential campaign