Ghana: Nana Akufo-Addo to be sworn in as president 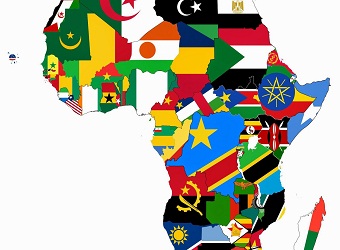 Nana Akufo-Addo is to be sworn in as Ghana’s new president after beating incumbent leader John Mahama in last month’s election.

Some 11 African heads of state and more than 6,000 people are expected in the ceremony in the capital, Accra, where security will be tight.

But critics have questioned the viability of his ambitions.

Mr Akufo-Addo, from the New Patriotic Party, was elected on his third attempt to reach the post, after a campaign dominated by the country’s faltering economy.

Mr Mahama and former leaders John Rawlings and John Kufuor are expected to attend the ceremony in the capital’s Independence Square.

Major roads in and around the area have been cordoned off.

– Campaigned for a return to multi-party democracy under military rule

– A former justice and foreign minister in the NPP government from 2001 to 2007, he is running for president for a third time

Mr Akufo-Addo has vowed to revive the country’s economy, saying that “there are brighter days ahead”.

An economic slump under Mr Mahama led to an International Monetary Fund bail-out.

The current president has defended his record, saying his government had been up against “strong headwinds” that caused growth to slow, public sector debt to rise and the country’s currency, the cedi, to fall.

Ghana has been a multi-party democracy since the end of military rule in 1992 and the transition is seen as reinforcing its reputation for the peaceful transfer of power between administrations.

US tanks arrive in Germany to help Nato defences

China’s ZTE to slash about 3,000 jobs-Reuters