US tanks arrive in Germany to help Nato defences 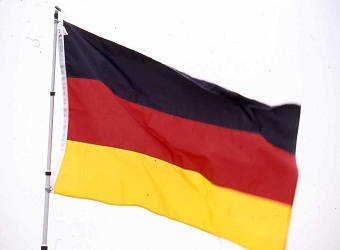 The largest shipment of US brigades since the fall of the Soviet Union is arriving in northern Germany.

The first of the 87 tanks and 144 military vehicles were being unloaded in the port of Bremerhaven on Friday.

The equipment and 3,500 US troops are to be deployed along Nato’s eastern frontier. The deployment aims to allay worries of potential Russian aggression in eastern Europe.

However, some fear the large number will exacerbate tensions with Moscow.

Leaders of the left-wing regional government of Brandenburg – one of the German states through which the American brigades will be transported over the next two weeks – have called for further talks with Russia.

The arrival of the equipment and troops marks the start of a new phase of the US’s Operation Atlantic Resolve, which foresees the continuous presence of an American armoured brigade combat team in Europe on a nine-month rotational basis.

The new forces will gather first in Poland, then fan out across seven countries from Estonia to Bulgaria, while a headquarters unit will be stationed in Germany.

Other Nato members are also increasing their presence in eastern Europe, with Britain sending fighter jets to the Black Sea area, while a battalion of troops, tanks and light armour will deploy to Estonia in the spring, backed by French and Danish troops. Germany also plans to send troops and tanks to Lithuania.

Ghana: Nana Akufo-Addo to be sworn in as president