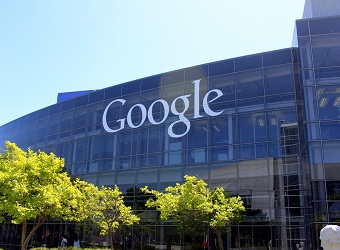 Google recently revealed its plans for a massive new development project in Sunnyvale, California, a few miles away from its main headquarters in Mountain View.

Google’s renderings of the proposed campus include sloping outdoor paths that would allow employees to move between each of the building’s five floors:

Development would take place in Moffett Park and mark the latest in Google’s lofty efforts to make Sunnyvale a greater hub for its business. In 2017, has snapped up about 50 properties valued at more than $1 billion, according to The Mercury News.

Google is calling the project “Caribbean,” because one of the building is located on Caribbean Drive, and it’s part of the search giant’s broader vision for Sunnyvale, which includes employee housing.

“Housing and transportation are two huge issues for the Valley overall, and they are huge issues for Google,” Google’s global real estate chief Mark Golan told The Mercury News. “One of the best ways to address this is by creating mixed-use communities that allow people to live close to where they work, which allows for a vibrant community and also helps the transportation.”

Google doesn’t expect the Caribbean complex to open until 2021 at the earliest.

Andrew Miner, one of Sunnyvale’s principal planners, tells CNBC that the Planning Department had not yet had a chance to review the application.

Apple sued after it admits to slowing down older iPhones

Britain’s May tells troops in Cyprus that Islamic ‘caliphate’ crushed