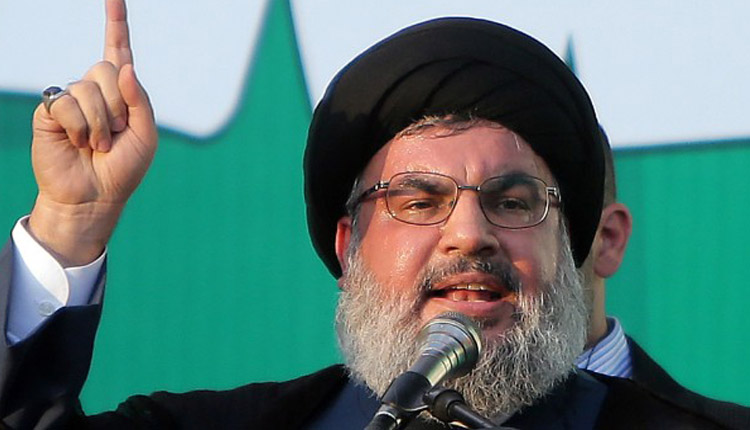 The leader of Lebanon’s Iran-backed Hezbollah said on Saturday that two obstacles remain before the formation of a new Lebanese government after months of political jostling, but there is “an extraordinary effort” to resolve them.

Lebanon’s rival parties have been negotiating to form a new government since a May 6 election, adding to concerns of a looming crisis for the country’s heavily indebted, stagnant economy.

“The two obstacles still exist, but during the past few days and last night and today an extraordinary effort was made and there is an effort to find a solution,” said Sayyed Hassan Nasrallah in an interview on al-Mayadeen TV.

“Will it reach a conclusion or not? This needs a prayer,” he added.

This week Prime Minister designate Saad al-Hariri said after meeting other senior political figures that matters were “positively crystallizing” and he hoped to resolve the issue next week.

The heavily armed Hezbollah is Lebanon’s most powerful political force. The most recent snag in government formation talks has been the difficulty of finding a Cabinet place for a group of six Sunni members of parliament who Hezbollah supports.

Hezbollah was part of the previous government under Hariri. He has been tasked with forming another coalition government and the existing Cabinet has continued to operate in a caretaker capacity.

Israel regards Iran as its biggest foe and Hezbollah as the main threat on its borders. It has waged an increasingly open campaign of military strikes against them both in Syria, where they are fighting on the government side in the civil war.

Speaking in an interview with al-Mayadeen TV, Sayyed Hassan Nasrallah said Hezbollah did not want to draw Lebanon into a war with Israel.

Lebanon is one of the world’s most indebted countries and its finance minister has warned it is already in an economic crisis, which has started to turn into a financial crisis and which he hopes will not become a monetary crisis.

On the other hand, Iran-backed Hezbollah has “for years” been able to enter Israel, the Lebanese group’s leader said on Saturday, responding for the first time to Israel’s discovery of tunnels dug into Israeli territory from Lebanon.

Iran-backed Hezbollah has “for years” been able to enter Israel, the Lebanese group’s leader said on Saturday, responding for the first time to Israel’s discovery of tunnels dug into Israeli territory from Lebanon.

But he said there was a fear that Israeli Prime Minister Benjamin Netanyahu might miscalculate before the Israeli elections in April and “do something rash”.

He warned that the “resistance axis”, as the group refers to itself, Iran and Syria, might change their reaction to Israeli strikes in Syria, including with a bombardment of Tel Aviv.

Both Israel and Hezbollah have already indicated that any new war between them would be greater in scope than the last one, fought in 2006 in Lebanese territory.

“Part of our plan in the next war is to enter into Galilee, a part of our plan we are capable of, God willing. The important thing is that we have this capability and we have had it for years,” Nasrallah said.

He added that all of Israel would be the battlefield and reiterated that the group now had precision rockets that could strike deep into Israel.