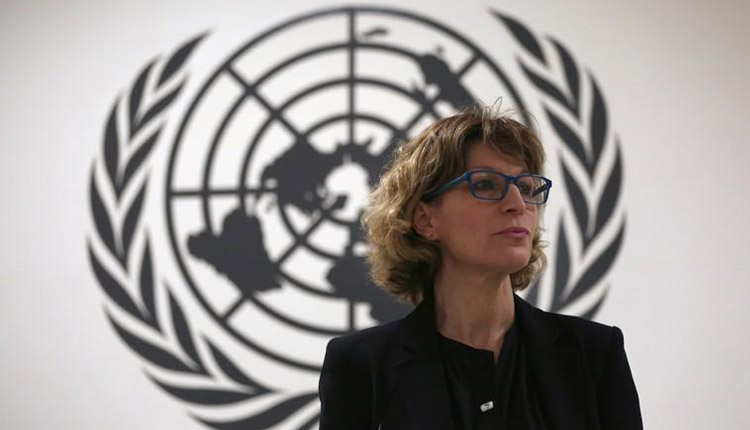 A U.N. human rights investigator leading an international inquiry into the murder of Saudi journalist Jamal Khashoggi said on Saturday she had made a request to have access to the crime scene in Saudi Arabia’s consulate in Istanbul and to visit the kingdom.

Agnes Callamard, U.N. special rapporteur on executions, who begins a week-long mission to Turkey at government invitation on Monday, said she had not yet had a reply from Saudi authorities.

On Thursday, she said the three-member legal and forensic panel would seek to establish “states’ and individuals’ responsibilities” for the killing.

Khashoggi, a Washington Post columnist living in the United States, was murdered at the Saudi consulate in Istanbul on Oct. 2 where he had gone to collect documents for his planned wedding.

U.S. intelligence agencies believe Crown Prince Mohammed bin Salman ordered an operation to kill Khashoggi, who was a critic, and say his body was dismembered and removed to a location still publicly unknown.

Riyadh denies the crown prince had any involvement in the murder.

“I have requested access to the Saudi consulate in Istanbul and a meeting with the ambassador of the Kingdom of Saud Arabia in Turkey,” Callamard said in an email to Reuters. “I have also sought permission to conduct a similar country-visit to the Kingdom of Saudi Arabia.”

The Saudi mission in Geneva and government media office in Riyadh have not responded to Reuters inquiries about the international investigation.

A Saudi public prosecutor’s spokesman said last year that 21 Saudis had been taken into custody over the case, 11 of whom had been indicted and referred to trial. The prosecutor said this month it was seeking the death penalty for five of the 11 indicted suspects.

“I conceive of this inquiry to be a necessary step, among a number of others, toward crucial truth telling about and formal accountability for the gruesome killing of Mr. Khashoggi,” Callamard said.

In its report to the U.N. Human Rights Council in June, the inquiry will make recommendations about how to ensure “formal (criminal) accountability”, she said.

Callamard said she had requested information from other authorities, including in the United States.

“It is hoped this will help ensure accountability and transparency in this case and may open new avenues for the prevention and protection of the right to life in other cases, including of journalists and human rights defenders, and accountability for their killings,” she added.