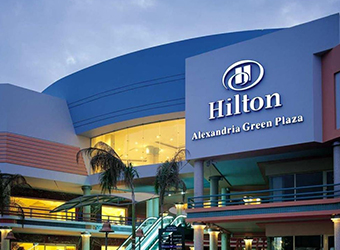 Hilton Worldwide Company plans to increase the number of hotel rooms it manages in Egypt by 40 percent by the end of 2022, the company’s vice president for the North Africa region said.

The U.S. company, which runs thousands of hotels around the world and manages 17 hotels in Egypt, aims to add 2,500 rooms and take on seven more projects in the North African country by 2022, Hilton’s Mohab Ghali said.

Egypt’s tourism industry, one of the country’s main sources of foreign currency and employer of millions of Egyptians, has suffered since a 2011 uprising but has picked up in recent months amid government efforts to restore stability and revive the industry.

“The average occupancy rate at hotels in Egypt has increased by 20-25 percent this year,” Ghali said on the sidelines of an event to promote investment in Port Said.

Ghali added that the number of visitors to the North African country is expected to continue to climb next year. A government official said last month that Egypt’s tourism revenue had jumped by more than 210 per cent year on year to $5.3 billion in the first nine months of 2017. A flotation of the country’s currency last year, which cut the Egyptian pound’s value by half, has helped to lift the tourism market after political turmoil and two plane crashes left its resorts nearly empty.

“As long as there is economic and political stability, you will see the numbers of tourists improving,” Ghali said, adding that 40 per cent of hotel reservations are currently made by local visitors.