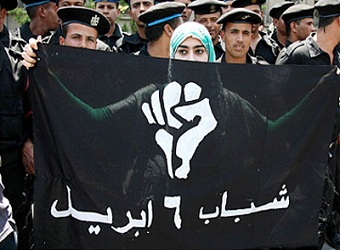 Eight political forces have announced that they will organise a protest rally Monday in many governorates across the country to demand the release of what they deem political detainees, Al-Ahram Arabic news website reported.

The Strong Egypt Party, April 6 Youth Movement, Revolutionary Socialists and a number of other groups have signed a statement calling for a protest on 6 October Bridge in Cairo.

Believing in “the freedom of expression and human dignity,” the parties say they are organising the protest to remind Egyptians of the situation of political detainees, regardless of their political affiliations.

The interim government has launched a widespread crackdown on Islamists since the ouster of former president Mohamed Morsi in July 2013. Thousands of his supporters have been jailed and hundreds killed in street violence.

The recent arrest of many secular activists has fuelled anxiety of a broader crackdown on dissent. Hundreds of protesters were detained on the third anniversary of the January 25 Revolution.

For his part, Egypt’s top prosecutor, Hisham Barakat, said Egyptian prisons contain no political detainees. All those currently imprisoned are being detained pending court or prosecution orders, or have received sentences from respective courts, he said.

He added that all detentions in recent months were ordered in accordance with the Egypt’s criminal law and were not due to exceptional measures.