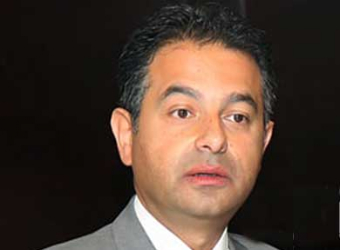 Hesham el-Alaily, Head of the National Telecommunications Regulatory Authority (NTRA), revealed  that the NTRA will allow Telecom Egypt (ETEL.CA) after it receives its Mobile license a limited time period to negotiate with Vodafone about the most appropriate solution for its exit from Vodafone Egypt according to Reuters.

Egypt’s Telecommunications Minister Atef Helmy said on Sunday the country’s long awaited unified telecom license for both mobiles and landlines will be activated within three months.

El-Alaily added that the unified license will be activated in June but Telecom Egypt can start its mobile service when it’s ready.

The licence would allow telecommunication companies to operate fixed-line and mobile networks, which would in turn allow Egypt’s fixed-line monopoly Telecom Egypt to offer mobile services.

“The unified telecom licence will be activated before June 30, 2014,” Helmy said, speaking at an industry event in Cairo, adding that the Cabinet has approved the licence and that details will be revealed at a news conference on Wednesday.

Egypt’s three existing mobile phone service providers are Vodafone Egypt, Mobinil and Etisalat Egypt which have been eating away at Telecom Egypt’s fixed-line services as more Egyptians opt to use mobile phones and the internet instead.

Telecom Egypt has a 45% stake in Vodafone Egypt.