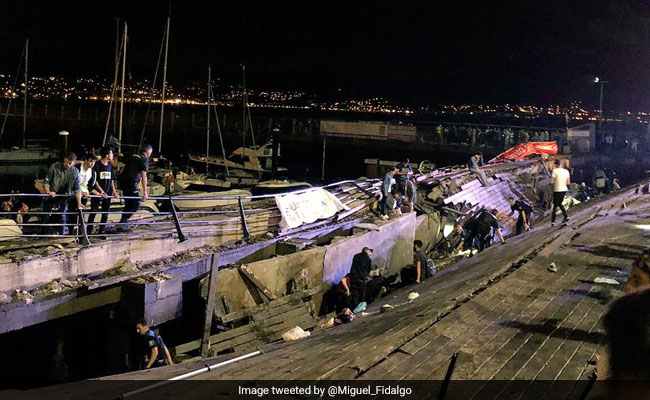 There were no reports of any fatalities from the incident which broadcaster Radio Galega said left 266 people injured at the O Marisquino festival in Vigo, a town in the Galicia region.

“There were loads, I mean loads of people” on the boardwalk, one witness told RTVE.