IBM has now more employees in India than in United States 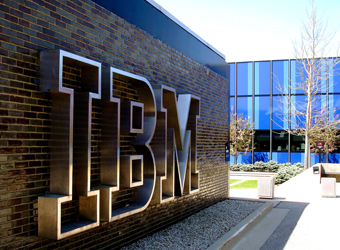 IBM has dominated the early decades of computing with inventions like the mainframe and the floppy disk. Its offices and factories, stretching from upstate New York to Silicon Valley, were hubs of American innovation long before Microsoft or Google came along.

But over the last decade, IBM has shifted its center of gravity halfway around the world to India, making it a high-tech example of the globalization trends that the Trump administration has railed against.

Today, the company employs 130,000 people in India — about one-third of its total work force, and more than in any other country. Their work spans the entire gamut of IBM’s businesses, from managing the computing needs of global giants like AT&T and Shell to performing cutting-edge research in fields like visual search, artificial intelligence and computer vision for self-driving cars. One team is even working with the producers of Sesame Street to teach vocabulary to kindergartners in Atlanta.

“IBM India, in the truest sense, is a microcosm of the IBM company,” Vanitha Narayanan, chairman of the company’s Indian operations, said in an interview at IBM’s main campus in Bangalore, where the office towers are named after American golf courses like Peachtree and Pebble Beach.

The work in India has been vital to keeping down costs at IBM, which has posted 21 consecutive quarters of revenue declines as it has struggled to refashion its main business of supplying tech services to corporations and governments.

The tech industry has been shifting jobs overseas for decades, and other big American companies like Oracle and Dell also employ a majority of their workers outside the United States.

But IBM is unusual because it employs more people in a single foreign country than it does at home. The company’s employment in India has nearly doubled since 2007, even as its work force in the United States has shrunk through waves of layoffs and buyouts. Although IBM refuses to disclose exact numbers, outsiders estimate that it employs well under 100,000 people at its American offices now, down from 130,000 in 2007. Depending on the job, the salaries paid to Indian workers are one-half to one-fifth those paid to Americans, according to data posted by the research firm Glassdoor.

Ronil Hira, an associate professor of public policy at Howard University who studies globalization and immigration, said the range of work done by IBM in India shows that offshoring threatens even the best-paying American tech jobs.

“The elites in both parties have had this Apple iPhone narrative, which is, look, it’s O.K. if we offshore the lower-level stuff because we’re just going to move up,” he said. “This is a wake-up call. It’s not just low-level jobs but high-level jobs that are leaving.”

While other technology titans have also established huge satellite campuses in India, IBM caught the attention of President Trump. At a campaign rally in Minneapolis just before the November election, he accused the company of laying off 500 Minnesotans and moving their jobs to India and other countries, a claim that IBM denied.

Although he has not singled out the company for criticism since, Mr. Trump has tried to curb what he viewed as too many foreigners taking tech jobs from Americans. In April, he signed an executive order discouraging the granting of H-1B temporary work visas for lower-paid tech workers, most of whom come from India. IBM was the sixth-largest recipient of such visas in 2016, according to federal data.

IBM, which is based in Armonk, N.Y., is sensitive to the perception that Americans are losing jobs to Indians. After Mr. Trump won the election, IBM’s chief executive, Ginni Rometty, pledged to create 25,000 new American jobs. Ms. Rometty, who helped carry out the India expansion strategy when she was head of IBM’s global services division, has also discussed with the new administration plans to modernize government technology and expand tech training for people without four-year college degrees. She also joined one of Mr. Trump’s now-defunct business advisory councils.

IBM declined to make Ms. Rometty or another top executive available for an interview. But the company noted that it is investing in the United States, including committing $1 billion to training programs and opening new offices.

Ms. Narayanan, who spent 12 years working at IBM in the United States and China before moving to India in 2009, said the company decided where to put jobs based on where it could find enough qualified workers and the customer’s budget. “It’s not as if someone says, ‘Oh, jeez, let me just take these jobs from here and put them there,'” she said.

William Lazonick, a professor of economics at the University of Massachusetts, Lowell, who has studied the globalization of business, said IBM and other tech companies had benefited greatly from the emergence of a low-cost, technically skilled English-speaking work force in India.

“IBM didn’t create this,” he said. “But IBM would be a totally different company if it wasn’t for India.”

IBM, which opened its first Indian offices in Mumbai and Delhi in 1951, is now spread across the country, including Bangalore, Pune, Kolkata, Hyderabad, and Chennai.

Most of the Indian employees work in IBM’s core business: helping companies like AT&T and Airbus manage the technical sides of their operations. Indians perform consulting services, write software and monitor cloud-based computer systems for many of the world’s banks, phone companies and governments.

But researchers here also try out new ideas. Looking to build a new system for searching with images instead of words, a team in Bangalore turned to Watson to index 600,000 photos from the world’s top fashion shows and Bollywood movies. Last spring, a major Indian fashion house, Falguni Shane Peacock, tried the tool, which helps designers avoid direct copies or even do a riff on an old look, and generated new patterns for three dresses.

“It has the capability of doing research in a couple of seconds that would take a long time,” Shane Peacock, who runs the Mumbai firm with his wife, said in an interview.

During a recent visit, Ramya Karyampudi, a user experience designer, was at the whiteboard sketching out an app for a smart refrigerator that would solve the universal problem of what to make for dinner.

Starting with a drawing of a husband trying to plan a surprise meal for his wife, Ms. Karyampudi depicted the internet-connected refrigerator looking at what food was inside, sending over relevant recipes, telling him what extra ingredients he needed to pick up, and playing a video showing him how to cook it all.

IBM’s outsize presence in India today is all the more striking given that it left the country entirely in 1978 after a dispute with the government about foreign ownership rules.

IBM re-entered the country through a joint venture with Tata in 1993, initially intending to assemble and sell personal computers. IBM’s leaders soon decided that India’s potential was far bigger — both as a market and as a base from which to serve customers around the world. The company took full control of the venture, established an Indian branch of its famed research labs, and in 2004, landed a landmark 10-year, $750 million contract from Bharti Airtel, one of India’s biggest phone companies, which remains a major customer.

IBM’s chief executive at the time, Samuel J. Palmisano, was so proud of his India initiative that he rented out the grounds of the Bangalore Palace in June 2006, flew out the board, and told a crowd of 10,000 that IBM would invest $6 billion in India over the next three years.

Today, India does not just deliver services to IBM’s global clients. It is also a crucial market and the center of IBM’s efforts to help businesses serve the next big slice of customers: the billions of poorer people who have been largely ignored by the tech revolution.

For example, teams here have been applying IBM technology to process very small loans so that banks can make a profit on them.

IBM has also been working with Manipal Hospitals, a chain based in Bangalore, to adapt Watson to help doctors treat certain cancers. Presented with a patient’s medical history, the system taps into a database that includes advice from doctors at Memorial Sloan Kettering Cancer Center in New York to recommend the best treatments — including the price, a big consideration since most Indians lack health insurance.

Dr. Ajay Bakshi, Manipal’s chief executive, said the biggest potential for the technology was in rural hospitals with few doctors. Manipal has just begun offering online “second opinions” from Watson for 2000 rupees, or about $31. “It never sleeps. It never forgets. It doesn’t get biased,” he said.

IBM executives say projects like these represent the company’s future. “I am looking for India to be my hub for affordable innovation,” Narayanan said.

IBM has now more employees in India than in United States

Uber CEO Khosrowshahi to meet with London regulators this week