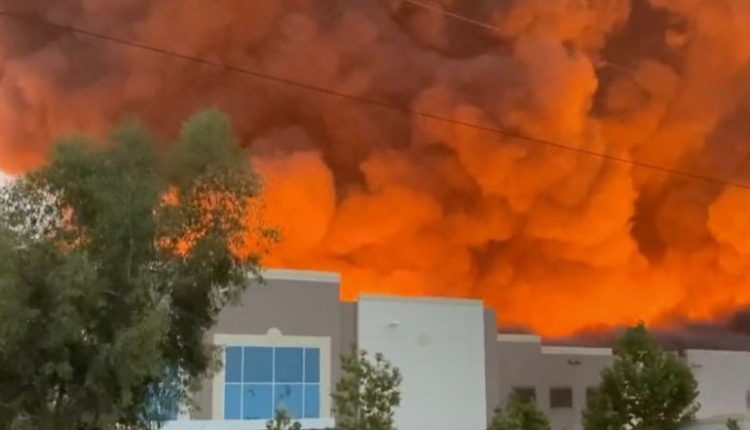 Investigations are underway to determine what caused a fire early Friday that destroyed a distribution facility in Southern California that was used to ship items to Amazon customers.

Authorities said employees got out and there were no reports of injuries.

A half-dozen fire departments were unable to stop flames from destroying the sprawling structure in Redlands, about 60 miles east of Los Angeles.

The nearby Interstate 10 freeway was shut down temporarily as flames shot high into the air.

There were about 40 employees inside when the fire broke out.