AsideLeisureLife Style
By Amwal Al Ghad English On May 13, 2019 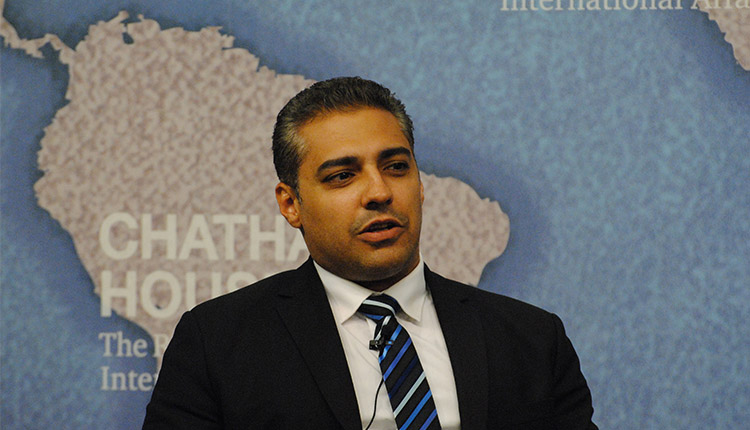 “I see no better time to work with the world’s investigative journalists on stories often overlooked by the mainstream media,” said Fahmy from the Vancouver office of The Investigative Journal. “We’re living in an age of unprecedented attacks on journalists, with 80 colleagues murdered and 348 imprisoned in 2018 alone.”

Since its initial inception in February, the journal has published reports by prominent journalists from around the world, including three-time New York Times bestselling author and journalist, Richard Miniter, and Turkish journalist Abdullah Bozkurt. Miniter exposed an unprecedented cyber-espionage operation by the Qatari government, while Bozkurt uncovered wiretaps exposing the Turkish government’s collusion with ISIS to smuggle tens of thousands of foreign and Turkish militants across the Turkish border to fight in Syria.

The Investigative Journal’s editor-in-chief, writer and seasoned editor Jane Cahane, says the journal’s mission is to shine a light on the most pressing issues affecting our world today. These include climate change, the attack on press freedoms, terrorism, corporate corruption, cyber-crime, refugees, and human rights abuse and migration.

The journal’s publisher is Yousri Ishaq, a British philanthropist and architect with a background in journalism. “We want to provide a platform for experienced journalists and whistle-blowers to tell the stories no-one else is telling,” said Ishaq. “We want to ensure our readers receive diverse content from a variety of voices and perspectives.”

Among the board of advisers is Lindsey Snell, an American investigative and video journalist and winner of the Edward R. Murrow award; Abdullah Bozkurt, a Sweden-based journalist who served in Turkey’s capital, Ankara, for years as bureau chief for Turkey’s former largest English daily, Today’s Zaman, which was seized by the Turkish government; Richard Miniter who wrote a column on national security in Forbes magazine for seven years, and award-winning Pakistani journalist Taha Siddiqui, who continues to write from exile in France after surviving an abduction on the hands of the military in Pakistan.

The Investigative Journal also produces original video content, featuring interviews with journalists about their investigations. Under the direction of Christopher Bennett, the former Executive Producer of TEDx Vancouver and the current Executive Producer and Head of Marketing at Vancouver’s Film School. TIJ is planning to produce hard-hitting investigative documentary films in partnership with Canadian-based Ensan Films.

“Five journalists on our advisory board have been prosecuted, jailed, or abducted while doing their jobs,” Fahmy said. “It’s their determination to continue reporting from exile and in the face of real threat that inspired me to join TIJ. I hope their work will inspire our readers the same way.”