Inviting parliament members to “sit down” and respect the regulations

Initiatives
By Administrator On Feb 27, 2012 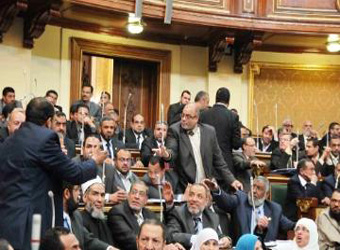 Due to the repeated scenes of interruptions and loud voices by the members, along with the frequent request to sit down and follow the regulations by the parliament’s president Dr. Saad El Katatny, and with the non compliance to rules, people decided to remind members, objectively, with the importance of complying to manners of communication and to follow the parliament’s regulations so that they become an idol to the Egyptian street.

The campaign was launched Monday, February 20, 2012 and continued for a couple of days.

Activities of this campaign included sending telegrams to parliament’s president and members or creating slogans that assure the importance of complying to the regulations.

Their goal is to witness an organized and civilized parliament where any member is able of presenting his/her views and opinions without any interference or disturbances.

Three people were killed by a car bomb in Afghanistan

Protests against Vladimir Putin in Moscow