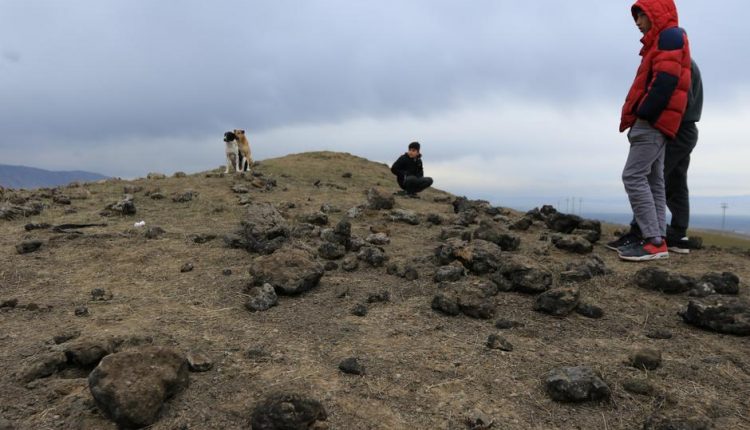 Iran launched missiles at U.S.-led forces in Iraq early on Wednesday, retaliating for the U.S. drone strike on an Iranian commander whose killing last week stoked fears of a new Middle East war.

Iran’s Supreme Leader Ali Khamenei said the missile attack was a “slap on the face” of the United States and that U.S. troops should leave the region. He was addressing a gathering of Iranians who chanted “Death to America”.

Iranian officials said Tehran did not want a war and its strikes “concluded” its response to Friday’s killing of Qassem Soleimani, a powerful general whose burial after days of mourning was completed around the time of the missile launches. Iranian television showed mourners celebrating the attack.

U.S. President Donald Trump said an assessment of casualties and damage from the strikes was under way and that he would make a statement on Wednesday morning.

“All is well!,” Trump said Twitter. He visited one of the targeted sites in Iraq, Ain al-Asad air base, in December 2018, said on Twitter.

One source said early indications were of no U.S. casualties, while other U.S. officials declined to comment.

Iranian state television said 80 “American terrorists” had been killed and U.S. helicopters and military equipment damaged. It did not provide evidence of how it obtained that information.

Germany, Denmark, Norway and Poland said none of their troops in Iraq were hurt. Britain, which also has personnel in Iraq, condemned the Iranian action. Iraq said its forces did not suffer casualties.

Pentagon spokesman Jonathan Hoffman said the bases targeted were al-Asad air base and another facility in Erbil, Iraq.

“As we evaluate the situation and our response, we will take all necessary measures to protect and defend U.S. personnel, partners, and allies in the region,” Hoffman said.

More than 5,000 U.S. troops remain in Iraq along with other foreign forces in coalition that has trained and backed Iraqi forces against the threat of Islamic State militants.

Iran, which has long said U.S. forces should leave the Middle East, told Washington after the attacks to withdraw its troops to prevent more deaths and warned U.S. allies including Israel not to allow attacks from their territories.

Soleimani, a pivotal figure in orchestrating Iran’s campaign to drive U.S. forces out of Iraq, was responsible for building up Iran’s network of proxy armies across the Middle East.