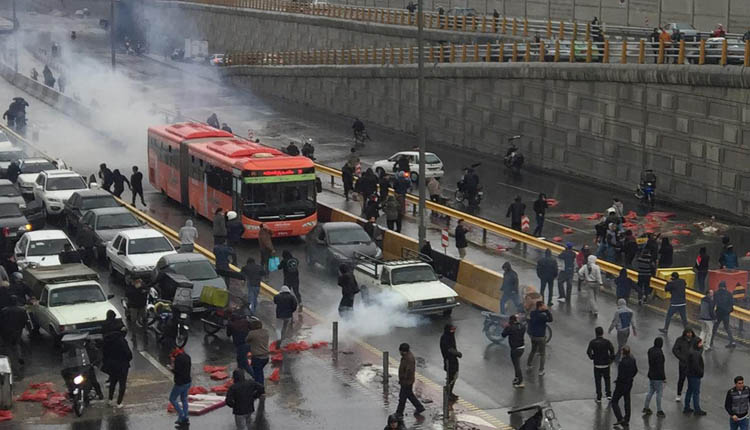 A senior commander of Iran’s Revolutionary Guards has urged the country’s judiciary to mete out harsh sentences to what he described as “mercenaries” involved in protests against a fuel price hike last week, the judiciary’s Mizan news site reported.

“We caught all the mercenaries who openly confessed they were doing mercenary work for America and, God willing, the judicial system of the country will give them maximum punishments,” Rear Admiral Ali Fadavi, a deputy Guards commander, was quoted as saying.

Iran’s clerical rulers have blamed “thugs” linked to exiles and foreign foes – the United States, Israel and Saudi Arabia – for stirring up unrest which has led to some of the worst violence in the country in a decade.

Fadavi said several people were killed during the protests after being shot at with a handgun from a close distance behind themselves, which he said indicated the shooters were among the crowds.

Rights group Amnesty International said in a release earlier this week that security forces shot into crowds of protesters from rooftops and, in one case, from a helicopter.

Amnesty said at least 115 people have died in the unrest. Iran has rejected death toll figures as “speculative”.

Iranian authorities have said about 1,000 demonstrators have been arrested.

The Center for Human Rights in Iran, a New York-based advocacy group, said on its website that a tally based on official figures and credible reports suggested that “a minimum of 2,755 people have been arrested with the actual minimum number likely being closer to 4,000”.

With tensions over the gasoline price increases remaining high, some 50 lawmakers have submitted a proposal to parliament that could ultimately lead to the impeachment of Iran’s Oil Minister Bijan Zanganeh.

“Parliament’s presiding board has received the censure motion against Zanganeh over various issues including … gasoline price hikes,” said a member of the presiding board Ahmad Amirabadi Farahani, the website of Iran’s Young Journalists Club reported.

It was not immediately clear whether the lawmakers would go through with the motion or eventually withdraw it as has happened in some previous cases.

Protests began on Nov. 15 in several towns after the government announced gasoline price hikes of at least 50%. They spread to 100 cities and towns and quickly turned political with protesters demanding top officials step down.