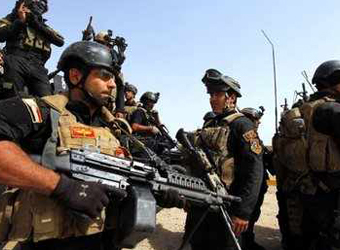 Iraqi forces captured several positions south of Kirkuk from Kurdish fighters on Monday in their bid to regain control of the oil-rich city, which is part of a region that declared itself independent at a referendum last month. The territory captured

The Iraqi armed “forces are continuing to advance,” it said.

The city of Kirkuk is under Kurdish control but the advance of Iraqi forces to the industrial zone put them in control its southern access.

Iraq launched the operation in the multi-ethnic region early on Sunday, amid an escalating crisis between the Iraqi government and the KRG over the September 25 referendum.