International News
By Amwal Al Ghad English On May 27, 2018 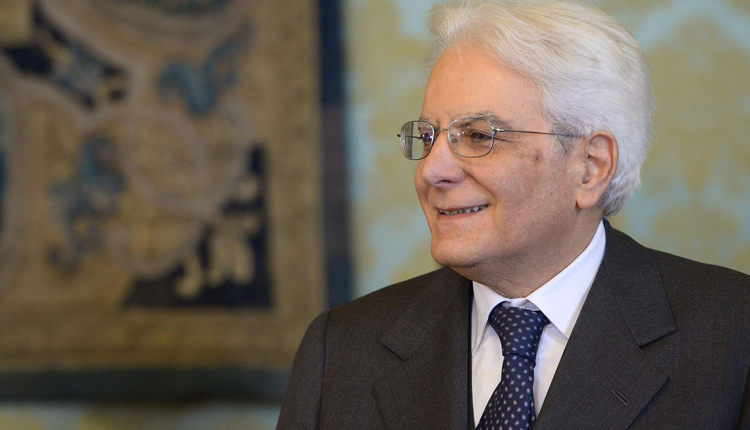 Italy’s would-be coalition parties turned up the pressure on President Sergio Mattarella on Saturday to endorse their eurosceptic pick as economy minister, saying the only other option may be a new election.

Mattarella has held up formation of a government, which would end more than 80 days of political deadlock, over concern about the far-right League and anti-establishment 5-Star Movement’s desire to make the 81-year-old economist Paolo Savona economy minister.

Savona has been a vocal critic of the euro and the European Union, but he has distinguished credentials, including in a former role as an industry minister.

Formally, Prime Minister-designate Giuseppe Conte presents his cabinet to the president, who must endorse it. Conte, a little-known law professor with no political experiences, met the president on Friday without resolving the deadlock.

“I hope no one has already decided ‘no’,” League leader Matteo Salvini shouted to supporters in northern Italy.

“Either the government gets off the ground and starts working in the coming hours, or we might as well go back to elections,” Salvini said.

Later 5-Star leader Luigi Di Maio said he expected there to be a decision on whether the president would back the government within 24 hours.
It is a political choice … Blocking a ministerial choice is beyond (the president’s) role,” Alessandro Di Battista, a top 5-Star politician, said.

Mattarella has not spoken publicly about Savona, but through his aides he has made it clear he does not want an anti-euro economy minister and that he would not accept the “diktat” of the parties.

Savona’s criticism of the euro and German economic policy has further spooked markets already concerned about the future government’s willingness to reign in the massive debt, worth 1.3 times its annual output.

The League and 5-Star have said Savona should not be judged on his opinions, but on his credentials. Savona has had high-level experience at the Bank of Italy, in government as industry minister in 1993-94, and with employers’ lobby Confindustria.

On his new Facebook page, Conte said he had received best wishes for his government in a phone call with French President Emmanuel Macron.

European Commissioner for Economic Affairs Pierre Moscovici was not hostile when asked about Savona in an interview with France’s Europe1 radio, saying he would work with whoever Italy named.

“Italians decide their own government,” Moscovici said. “Italy is and should remain a country at the heart of the euro zone… What worries me is the debt, which must be contained.”
DEBT

On Friday, the closely watched gap between the Italian and German 10-year bond yields, seen as a measure of political risk for the euro zone, was at its widest in four years at 215 basis points.

The chance that the new government will weaken public finances and roll back a 2011 pension reform prompted Moody’s to say — after markets had closed on Friday — that it may downgrade the country’s sovereign debt rating.

Moody’s has a ‘Baa2’ long-term rating with a negative outlook on Italy. A downgrade to ‘Baa3’ would take the country’s debt to just one notch above junk.

Despite the recent surge, Italian yields are well below the peaks they reached during the euro zone crisis of 2011-2012, thanks mainly to the shield provided by the European Central Bank’s bond buying program.