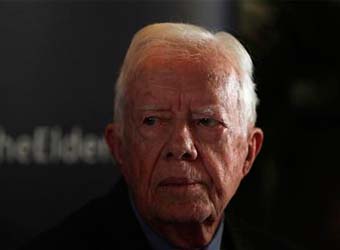 Former U.S. President Jimmy Carter has reportedly said he would be prepared to meet North Korean leader Kim Jong Un in an attempt to reach “permanent peace” in the Korean Peninsula.

“Should former President Carter be able to visit North Korea, he would like to meet with North Korean leader Kim Jong-un and discuss a peace treaty between the United States and the North, and a complete denuclearization of North Korea,” Park Han-shik, professor of international affairs at the University of Georgia, said in an interview published by South Korea’s JoongAng Daily on Tuesday.

Park claimed that Carter visited his home at the end of September and told him that he wanted to “contribute toward establishing a permanent peace regime on the Korean Peninsula.”

Carter’s comments could further aggravate President Donald Trump after media reports surfaced last month which said a senior U.S. state department official had been sent by the White House to ask Carter not to speak publicly about the geopolitical crisis.