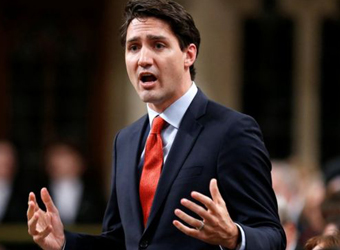 Canada’s Prime Minister, Justin Trudeau, is under investigation over a holiday he took on the private island of billionaire philanthropist and spiritual leader Aga Khan.

Mr Trudeau and his family were guests at the Aga Khan’s home in the Bahamas at the new year.

The federal ethics commissioner must now determine if the visit violated conflict of interest rules.

Mr Trudeau has said he is “more than happy” to answer any questions.

When news of his winter getaway was made public, Mr Trudeau went on the record about the vacation.

He has also admitted to using the private helicopter of the Aga Khan.

At a press conference on Friday, Mr Trudeau said that the stay over the new year was a “personal family vacation”.

Mr Trudeau was accompanied on the trip by Liberal MP Seamus O’Reagan and Liberal Party President Anna Gainey, and their respective partners.

Prince Karim Aga Khan is a close family friend of the Trudeaus and was an honourary pallbearer at the funeral of Mr Trudeau’s father, Pierre.

The Aga Khan Foundation is a registered as a lobbyist and has received hundreds of millions from the federal government over the past several decades, from both the Liberal and Conservative parties.

No Canadian prime minister has yet been found in breach of a federal statute. But the fallout could hurt Mr Trudeau, who became popular with the voting public because of his accessible style, analysts say.

Prince Karim Aga Khan is the 49th hereditary Imam of the Ismaili Muslims. They trace his lineage directly to the Prophet Muhammad.

He his Swiss-born, lives in France, has a British passport, graduated from Harvard University and is among the top 15 of the world’s wealthiest royals, according to Forbes magazine.

A close family friend of the Trudeaus, he was an honourary pallbearer at the funeral of Mr Trudeau’s father, Pierre.

Gene Cernan, last man to walk on Moon, dies at 82