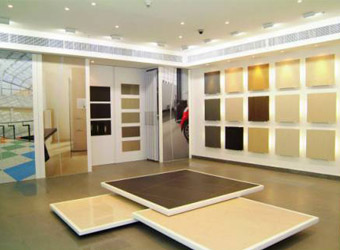 Lecico Egypt (LCSW.CA) confirms that it is considering selling all its group-owned operating companies in France, consisting of Lecico France, Lecico Distribution and Sarreguemines Bâtiment.

Since Lecico bought Sarreguemines Batiment out of a bankruptcy procedure in 2006, the business has continued to suffer significant losses. Several management changes and restructuring actions have significantly reduced costs but without restoring profitability as difficult market conditions have eroded sales volumes partially offsetting the cost savings.

Given the continued difficulties in France and the relative uncertainty of the political situation in Egypt, which has restricted the ability of Lecico to fund the French operations with the necessary foreign currencies, Lecico is not in a position to support these operations any longer.

Sustained efforts have been undertaken for the past several months to overcome the problem and find a solution, which includes identifying an investor able to take over the business. Depending on the outcome of further negotiations, a sale of the business may take place under the support of the French insolvency proceedings rules.

The objective of Lecico Egypt, in these difficult times, is to reduce the overall risks to its consolidated operations even at the cost of a significant write-off. The sale of Lecico France will likely require the write-off of Lecico’s investment and intragroup debts to France. As of this writing the value of the investment and intragroup lending to France is around EGP 100 million. For Lecico’s consolidated results there will however be a positive effect on earnings in future years by excluding the losses in Lecico France. Based on 2012 results, this would be around EGP 15 million in operating profits and EGP 20 million in net profits.