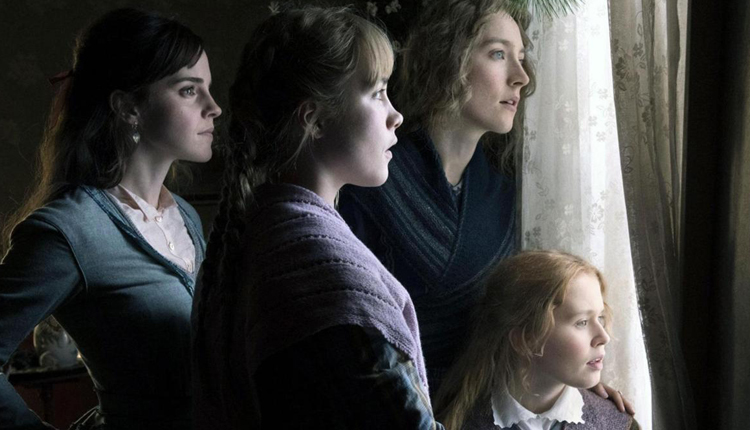 Greta Gerwig’s smart, delightful film seems on its way to becoming a classic. It is a wonderous adaptation cuts through the novel’s moralistic surface to mine the themes beneath: feminism, creativity, independence and individuality.

Screen adaptations of Little Women go all the way back to a lost, silent version from 1917, and include the famous 1933 version starring Katharine Hepburn and a lovely 1994 film with Winona Ryder.

Without sacrificing any of the story’s period charm or authenticity, she adds a contemporary feel that can appeal to the book’s devoted fans and its sceptics alike.

The performances are dynamic, notably those by Saoirse Ronan as the fiery Jo, Florence Pugh as the underestimated Amy, and Laura Dern as their wise mother, Marmee. And the film looks glorious. Wryly knowing and deeply emotional, it is a triumph.

Gerwig’s self-assured screenplay restructures the novel by starting with Jo and her sisters as adults, then going back and forth from their childhood to the present.

That change highlights them as women, not little women-in-training, each with a sharply-defined character. This Jo is an amalgam of Alcott and her fictional character, first seen as an aspiring writer in New York.

She takes her stories to a stern but encouraging publisher, Mr Dashwood, played by Tracy Letts with mutton chops.

Fashionable Amy is in Paris as companion to their rich Aunt March, deliciously played by Meryl Streep with eye-rolling hauteur. Back in New England, Meg (Emma Watson) is married and a mother. Quiet, sickly Beth (Eliza Scanlen) is at home playing the piano.

The sisters’ memories gracefully take us back seven years, with Meg and Jo on the cusp of adulthood, but still staging theatrics and playing games in the attic.

Inside the cosy house, Gerwig and the cinematographer Yorick Le Saux create a world of candlelight and fireside warmth. Outside, the New England countryside is an enticing landscape of clear, bright light and vivid colours, from green lawns to russet leaves and snowy paths.

Each of the main characters gets at least one generous set piece in the film, and Jo has several. One of the best silently shows the adult Jo, tired and intense, kneeling over dozens of manuscript pages spread out on the attic floor. It may be set in the 19th Century but the scene is one of the truest depictions of a writer at work ever put on screen. Ronan creates a character that goes deeper than Jo’s profession, though. She is at times torn between her desire for independence and the loneliness of that situation.

Pugh and Gerwig redefine the much-maligned Amy, bringing out her passion to be an artist and making her sympathetic. Justice for Amy, at last! Pugh takes her from a petulant child to a thoughtful, sophisticated woman who struggles with the knowledge that she has talent but ingenuity