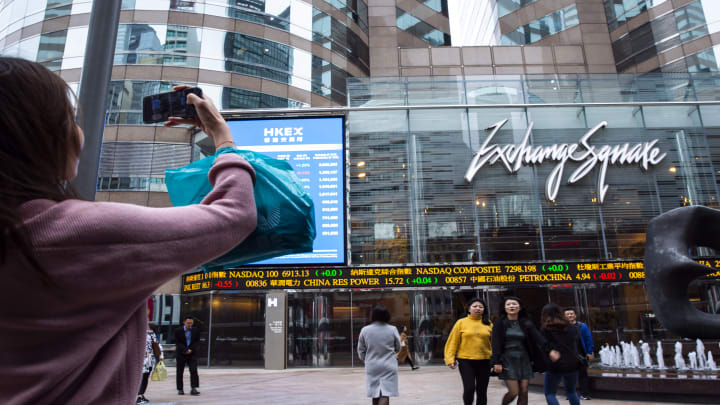 Major markets in Asia lower on Friday as investors weighed the impact of an escalation in Middle East tensions.

The Hang Seng index in Hong Kong slipped about 0.2%, as of its final hour of trading, with shares of HSBC declining 0.57%.

Meanwhile, oil prices jumped in the afternoon of Asian trading hours, after Iraqi TV reported Friday that an Iranian military commander was killed in a Baghdad airstrike. The Pentagon later confirmed that he was killed by an U.S. drone strike.

Markets in Japan were closed on Friday for a holiday.

The U.S. dollar index, which tracks the greenback against a basket of its peers, was last at 96.796 after rising from levels below 96.5 yesterday.

The Japanese yen traded at 108.08 against the dollar after seeing lows around 108.6 earlier. The Australian dollar changed hands at $0.6961 after slipping from levels above $0.700 yesterday.