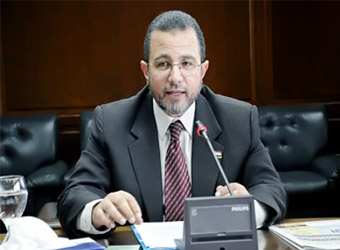 Egyptian Premier Hesham Kandil, is following up with Grand Imam of Al-Azhar Ahmed El-Tayeb along with the Minister of Health, Dr Mohamed Mustafa, the states of students who have been struck down with food poisoning on Monday at Al-Azhar University.

The Egyptian Ministry of Health has announced that the number of the students who have been struck down with food poisoning yesterday at Al Azhar University campus reached 479 ones.

Dr Khaled Al Khateyb, head of the central administration of the critical and urgent care, at the Egyptian Ministry of Health, in a statement released Tuesday morning, said that the food poisoning transpired among students, and they were transferred to 7 hospitals in Cairo. The cases are suffering acute intestinal catarrh, and the general medical conditions are stable, Al Khateyb said.

On the other hand, the Student Union in Al Azhar University organized Tuesday morning a protest at the university campus in Nasser City, and then they will head to  Al Azhar headquarters; calling for the resignation of the university president and a prompt investigation into the incident.

On Monday night, large groups of furious students gathered to protest deteriorating conditions at the university’s hostels and negligence by management. Some students blocked El-Nasr Street to protest that their repeated complaints about poor services had been ignored.

On his part, Grand Imam, Ahmed El-Tayeb, asked yesterday the concerned bodies to investigate into the incidents, and ordered to suspend the head of the university campus and the director of nutrition services, in addition to starting investigation with them.

A food crisis looms as coronavirus continue to…