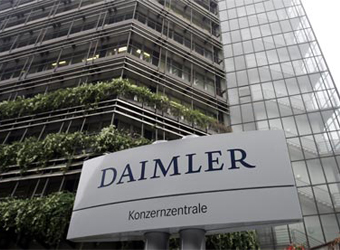 Analysts had expected reported earnings before interest and tax (EBIT) of 14.2 billion euros ($15.3 billion) for 2017, according to the average estimate in a Reuters poll, a 10 percent increase on 2016’s reported 12.9 billion euros.

A slight rise in EBIT, according to Daimler’s terminology, means anything between 2.5 and 10 percent.

“Daimler expects to profit from slight growth in global demand for motor vehicles and from its strengthened market position,” it said in a statement on Thursday.