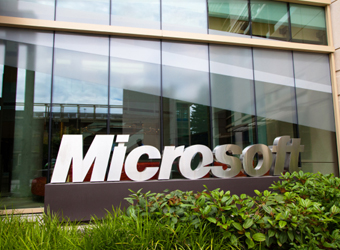 Microsoft is testing a Windows 10 feature that allows people to control features of the operating system with their eyes.

Eye Control is aimed at “empowering people with disabilities to operate an on-screen mouse, keyboard, and text-to-speech experience using only their eyes,” Microsoft said in a blog post on Wednesday.

Users require eye tracking hardware by Tobii in order to try out the feature.

When Eye Control is launched a box appears allowing a user to choose to control the mouse, keyboard or text-to-speech feature with their eyes.

When the mouse function is selected, a user has to look at what they want to click on then select, again with their eyes, what action they want to take such as a left click or right click.

Typing works in a similar way. Users need to look at letters that they want to type. But Microsoft is also trialing a feature called “shape-writing” to help people type faster with their eyes.

“You can form words by dwelling at the first and last character of the word, and simply glancing at letters in between. A hint of the word predicted will appear on the last key of the word,” Microsoft explained.

The feature is currently in the beta testing stage for the so-called Windows 10 Insider Preview Build, which is available for select users.

Siemens plans IPO of its healthcare unit in H1 of 2018