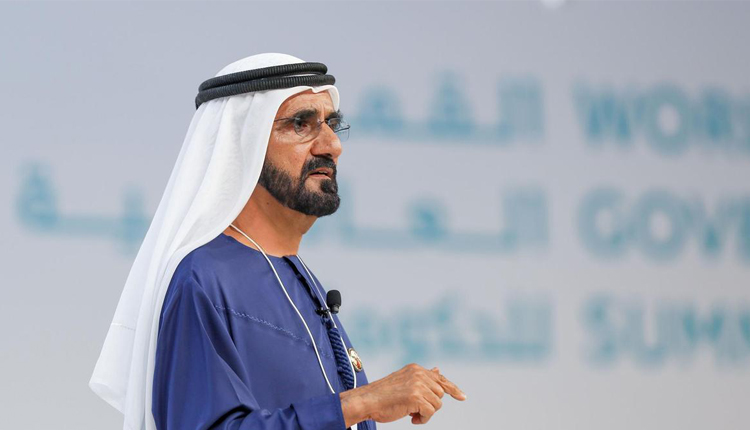 The Vice President, Prime Minister and Ruler of Dubai, His Highness Sheikh Mohammed bin Rashid Al Maktoum, visited several infrastructure projects related to the Expo 2020 Dubai, which will begin in October 2020, with the participation of 95 countries.

He was received by Reem bint Ibrahim Al Hashemy, Minister of State for International Cooperation and Director-General of Expo 2020 Dubai Bureau, and several senior officials.

His Highness Sheikh Mohammed was briefed by Al Hashemy about the progress of the projects, as well as the awareness and promotional programmes and plans drafted by the office to promote the expo, which is expected to receive over 25 million visitors from around the world.

Al Hashemy pointed out that the office launched promotional campaigns to introduce the expo’s goals and activities, especially among university and schools students, in various local locations, such as parks, and in neighbouring countries.

His Highness Sheikh Mohammed also visited several construction sites in the expo’s site and the UAE pavilion, which was designed to impress visitors. He expressed his satisfaction at the progress of the projects, and praised the efforts of the expo’s working team of Emirati youths, led by Al Hashemy.

He also highlighted the importance of ensuring the success of the expo, which will present a bright image of the UAE and its people, and become a global cultural platform for all countries to showcase their cultures, heritage, histories and national products.

Sheikh Mohammed expressed his confidence and optimism for the event’s success, due to the hard work of the Emirati youth, who can organise international cultural, tourism and commercial events in the UAE.

He then urged all national authorities, especially those in Dubai, to intensify their efforts to make the expo succeed, stating, “We must all work hard to achieve success. Whatever people achieve without hard work, they lose without regret.”

New wind farm in Egypt to be financed with $206 mln