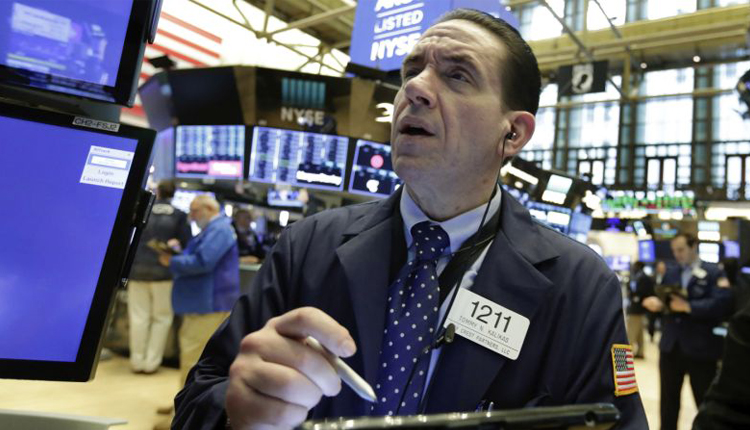 The Nasdaq composite and S&P 500 closed higher on Wednesday, boosted by dealmaking activity and potentially improving trade relations between the United States and the European Union.

Disney raised its bid for Twenty-First Century Fox assets to $38 per share, or $71.3 billion, surpassing an offer made by rival and NBCUniversal parent Comcast. Last week, Comcast bid $65 billion in cash for Fox assets which include FX, Star TV and stakes in Sky.

“Anytime you get news like that, the market takes it as a positive,” said Peter Cardillo, chief market economist at Spartan Capital Securities. “We’re also ready for a rebound, … but I think the market will stay volatile until we focus again on earnings.”

Cardillo said lingering trade tensions between the U.S. and some of its key partners, especially China, will keep investors on their toes for the time being.

The Dow Jones industrial average, meanwhile, fell 42.41 points to 24,657.80 and posted its seventh straight day of losses, its longest losing streak since March 2017. The 30-stock index briefly rose more than 100 points earlier in the session.

Stocks fell on Tuesday as trade tensions between the U.S. and China intensified. The Dow led the way lower, sliding nearly 300 points and erasing its gains for 2018.

Following Trump’s statement, Beijing reacted by pledging to retaliate against the U.S., with its Commerce Ministry stating that the U.S. had initiated a trade war that violates market laws and is not in accordance with current global development trends.

“The administration doesn’t view trade as “just politics,” it views balancing trade as existential for the U.S.,” said Barry Bannister, head of institutional equity strategy at Stifel, in a note. These concerns will remain on the table for the market regardless of how the midterm elections in November unfold, he said.

“Trade laws are tailor-made for a negotiator president without Congress, making trade a growing (not peaking) risk,” he noted.

Trade tensions among the largest economies in the world have increased recently as the Trump administration aims at obtaining more favorable trade deals and conditions for the U.S.

“If you look at the impact of this, it’s rather small right now,” said Mark Esposito, CEO of Esposito Securities. He noted that the stimulus coming from the tax cuts passed last year outweigh the negatives stemming from trade concerns. “Cooler heads will prevail. The fact of the matter is the market wants to go up.”

But investors got a reprieve Wednesday from the negative news on trade. The Wall Street Journal reported that the U.S. ambassador to Germany had met with the leaders of German car makers BMW, Volkswagen and Daimler, where they pitched the idea of ending car tariffs between the U.S. and the EU.

During these talks, the executives said they would be in favor of scrapping these levies as part of a broader deal encompassing industrial goods, the Journal said.

Starbucks shares dropped by 9.1 percent after announcing it plans to close more than 150 stores in the next year and after lowering its sales guidance for the third quarter. The stock also posted its worst day since July 2017 and is on track for its worst week since 2016.