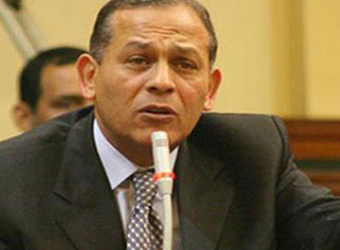 The nephew of assassinated Egyptian president Anwar El-Sadat says the current leadership has stifled freedom of expression so tightly the only way to criticise the government and address the country’s ills is to run for president.

Mohamed Anwar El-Sadat, 62, an erstwhile supporter of President Abdel Fattah el-Sisi, is considering running against him in next year’s election when the former armed forces chief is widely expected to stand and win.

Sisi came to power in 2014, a year after he led the military in ousting elected but unpopular Islamist President Mohamed Morsi. Rights groups say Sisi has since led an unprecedented crackdown on political opponents, activists and critical media.

“All (critical) television channels have been shut down and so has any free voice, but as a candidate it’s your right to get a chance to speak to the media,” Sadat told Reuters in an interview.

Standing for the Egyptian presidency in troubled times, with severe inflation, worsening militant violence and a loss of foreign tourism, would be bold for anyone but more so for Sadat, whose uncle was assassinated in 1981 and who himself was kicked out of parliament this year for criticizing the government.

Sadat doesn’t even believe he would win because he says it will not be a fair election. “I know that I will lose, but I would still like to lose with honour,” he said.

Sadat said he is not seeking to make enemies or even necessarily an election victory, but rather to open a channel for dialogue about the challenges besetting Egypt. He said he was waiting to see whether there would be a more level political playing field before deciding whether to run.

Sisi launched the toughest clampdown on Islamists in Egypt’s modern history after overthrowing Mursi. Hundreds of Egyptian soldiers and police have been killed in fighting with militants.

But critics say his security campaign has also resulted in the jailing of liberal opponents and activists.

“He doesn’t listen to anyone,” Sadat said.

“He just releases the security apparatus and they treat people unjustly, torturing and imprisoning them in the name of combating terrorism. He is just doing this to achieve his personal glory.”

The government push to muzzle critics has surged in the past few months, Since May 24, the Sisi government has blocked more than 57 news websites. A new law also restricts charity groups in a strike at dissidents, rights groups say.

Critics sense a campaign to silence all but the most state-aligned media, reversing a private media boom that flourished in the last decade of former president Hosni Mubarak’s rule and which contributed to his fall in a 2011 uprising.

The crackdown touched Sadat as well. He chaired parliament’s human rights committee until August, when he resigned, citing the assembly’s failing to address complaints of abuse. He was kicked out soon afterwards.

Still, Egyptians increasingly fume over the state of the economy after years of political upheaval, a devaluation of the Egyptian pound, tax rises and subsidy cuts introduced by Sisi’s government that have increased cost of living.

A decision by Sisi to transfer two Red Sea islands to Saudi Arabia touched patriotic nerves, bringing thousands into the streets last year chanting “people want the fall of the regime” – the very slogan of the 2011 uprising.

Sadat, also the founder of The Reform and Development Party, said the island transfer was a rushed decision taken without consultation and one that cost Sisi a lot of his popularity.

After parliament approved the deal handing control of Tiran and Sanafir islands to Saudi Arabia, Sadat said in a statement sent out by his party that Egyptians were in an “unprecedented state of frustration” and warned that Sisi’s decisions on critical issues would alienate supporters.

Sadat said he would also address what he called the military’s unprecedented expansion in the economy as this was scaring off foreign and local investors. Egypt desperately seeks a return of foreign investment, a mother lode of hard currency.

“For sure, there will only be losses coming out of this election campaign, material and moral..,” Sadat said, adding: “But in the end you do your utmost to push for reform and to ring a bell about the issues that have to be fixed.”

Amazon Prime Day 2017: What is it and when does it start?

Trump blasts states for refusing to hand over voter data