Amazon Prime Day 2017: What is it and when does it start? 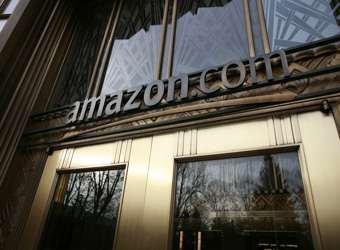 If you like a bargain, then Amazon Prime Day, the online retail giant’s third annual one-day flash sales event, is just a few days away.

The retail behemoth is promising deals on thousands of products over a 30-hour period to those who are members of its subscription service.

It is the latest event in Amazon’s bid to turn its customers into paid-up Prime members and it’s aiding this with a £20 discount on new memberships until July 3, meaning Amazon Prime will cost £59 to join for a limited time.

Here’s everything you need to know about the Black Friday-style discount day.

When is Amazon Prime Day?

This year, Amazon is holding Prime Day on Tuesday, July 11.

While previous years have been a 24-hour shopping blitz, Amazon is starting Prime Day earlier this year. Deals will actually start at 6pm on Monday, July 10.

How does Prime Day work?

To participate in Prime Day, users must be signed up to Amazon Prime, the £79-a-year subscription service that gives users access to unlimited one-day delivery on many items, as well as Amazon Prime Video, Prime Music, Prime Reading and early access to deals.

However, until July 3, Amazon is offering a £20 discount on the annual fee, which is currently available to new members for £59.

Typically, there are two types of deals: those that last all day, and Lightning deals which are activated at a particular time, and are limited in stock, lasting until they run out.

You’ll have to be quick though –  there will be new deals released as often as every five minutes. We’ll be rounding up the best of them on the Telegraph website on the day.

Are deals just available in the UK?

No. Prime Day has expanded to 13 countries this year, including and Amazon the US, UK, Spain, Mexico, Japan, Italy, India, Germany, France, China, Canada, Belgium and Austria.

What is Prime Now?

Previously, every Prime Day deal has been available for next-day delivery. Items have also been eligible for two-hour delivery with Amazon’s Prime Now service. Prime Now has expanded to nine major cities in the UK – you can check if it’s available in your area here.

What are the levels of Prime membership?

Prime: For £79 per year (or £7.99 per month) you get access to all the levels of Prime membership from shopping, to videos and music.

Amazon Family: Get all the benefits of Prime membership, plus an additional 20 per cent of nappies.

Amazon Student: For just £39 per year users can get all the benefits of Amazon Prime plus exclusive student deals – and the first six months are a free trial.