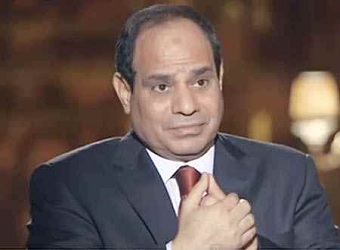 Egypt wants to speed up gas production from newly-discovered fields, with an eye to halting imports by 2019. Once an energy exporter, it has become an importer after domestic output failed to keep pace with rising demand in recent years, but the discovery of the 850 billion-cubic meter Zohr field in 2015 is expected to change that.

The gas fields Sisi referred to in an interview with heads of state-run newspapers included West delta and East delta and the second phase of Zohr field.

Zohr field is expected to come into production by the end of the year and will save Egypt billions of dollars in hard currency that would otherwise be spent on imports.