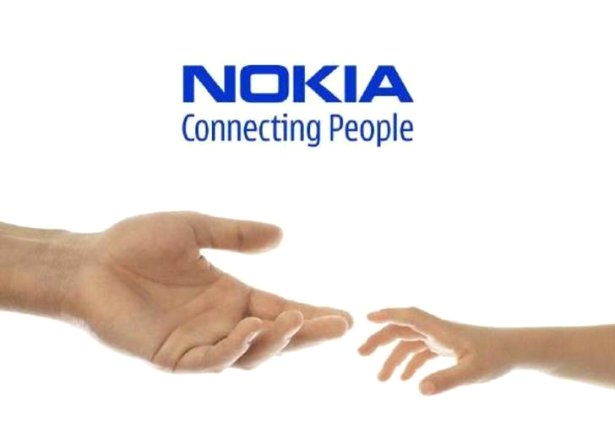 Nokia’s 3310 phone has been relaunched nearly 17 years after its debut.

Many consider the original handset iconic because of its popularity and sturdiness. More than 126 million were produced before it was phased out in 2005.

The revamped version will be sold under licence by the Finnish start-up HMD Global, which also unveiled several Nokia-branded Android smartphones.

One expert said it was a “fantastic way” to relaunch Nokia’s phone brand.

“The 3310 was the first mass-market mobile and there’s a massive amount of nostalgia and affection for it,” commented Ben Wood from the technology consultancy CCS Insight.

If HMD had just announced three Android devices they would have barely got a couple of column inches in the press.

“So, the 3310 is a very clever move and we expect it will sell in significant volumes.”

The announcement was made ahead of the start of the Mobile World Congress tech show in Barcelona. LG, Huawei and Lenovo are among others to have unveiled new devices.

The new 3310 qualifies as a “feature phone” rather than a smartphone as it only provides limited internet facilities.

It relies on 2.5G connectivity – which has slower data speeds than 3G or 4G – and is powered by the S30+ operating system, which allows web browsing but has a much smaller range of apps than Android or iOS. Its single camera is also restricted to two megapixels.

However, its advantage over more powerful handsets is its battery life. HMD said the colour-screened phone has up to a month’s standby time and delivers more than 22 hours of talk time.

It also comes with the modern version of the classic game Snake preinstalled.

“If you want to switch off to an extent but you still need to have a mobile lifeline, it’s a brilliant solution.

“Why wouldn’t you buy this like candy? If you see this hanging on the shelf at the checkout in a package, then you’d just buy it as an accessory.”

The device has a 16 megapixel rear camera, a 5.5in (14cm) 1080p full definition screen and includes the Google Assistant helper – the search engine’s rival to Apple’s Siri.

It is priced as a mid-tier device at €229, alongside a glossy black special edition that costs €299.

In addition, the firm showed off smaller, lower-range Nokia 5 and Nokia 3 models.

Taiwan’s Foxconn will manufacture the phones, which may offset concerns that networks might have about HMD’s capacity to deliver.

“Foxconn – with its experience working with Apple and Samsung – is certainly the standout device manufacturer,” commented Tim Coulling from the tech research firm Canalys.

“It’s ability to help HMD go from small to large scale will be a critical factor in their partnership.

“It also means if HMD wants to locate manufacturing in different regions to take advantage of pockets of demand, that’s something Foxconn will allow them to achieve.”

However, another market watcher said HMD’s success was far from guaranteed.

“Resurrecting one of Nokia’s feature phone bestsellers seems like a good beachhead to attack the smartphone market.

“But another part of Nokia’s heritage was its high-end devices.

“What HMD needs next is a higher-end Android smartphone that is different, and that’s always a problem with Android: how do you differentiate?

“Nokia’s brand will get them so far- especially in emerging markets- but trying to push into the high-end versus Apple, Samsung or even Huawei will be tough.”

There is no doubt what the headlines will be from the HMD Global Nokia event here in Barcelona, and they won’t be about a new range of slick Android smartphones.

Yes, the reboot of the Nokia 3310 is fun, and perhaps there is a huge audience for a return to a time when all you could do with a phone was make calls and play Snake.

But make no mistake, if this piece of nostalgia is the future of the Nokia brand then it is doomed. And of course the smart team at HMD Global know that. T

hey haven’t built partnerships with Foxconn, Google, and hundreds of operators around the world on the promise of a return to the 2G past.

It is phones like the Nokia 6 – apparently already selling well in China – which are key to any hopes of making the Finnish brand a force to be reckoned with again.

But of course yet another slab of metal and glass running Android was never going to excite the analysts and journalists tired of overblown launches where the words awesome and revolutionarya are thrown around like confetti.

Hence the decision to remind us of Nokia’s glorious past, where everyone seemed to have a phone with that familiar ringtone and nobody was asking to borrow a charger to get them through the day. A stroke of marketing genius then – but a risky strategy.

If the phone-buying public one now sees Nokia as a retro brand rather one which has been reinvigorated for the 4 and 5G future, then HMD may come to regret its 3310 gimmick.