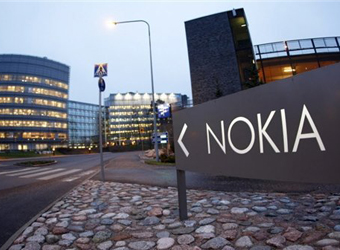 The companies did not provide financial details of the agreement, saying it includes a cross license to each company’s cellular standard patents.

“Xiaomi is one of the world’s leading smartphone manufacturers and we are delighted to have reached an agreement with them,” Nokia Chief Executive Rajeev Suri said in a statement.

Nokia has license deals with leading handset makers Apple and Samsung Electronics, but the agreement with Xiaomi is the Finnish company’s first with a Chinese phone maker.

Patent royalties represent a sliver of Nokia’s overall revenue, more than 90 percent of which comes from telecoms network equipment. But licensing payments are highly profitable and the network business is suffering an industry-wide slump.

Nokia built up its catalog of patents in the days when the company dominated the mobile handset business. It covers technology that reduces the need for hardware components in a phone, conserves battery life and increases radio reception, among other features.