Notre-Dame “One day” came too fast

The heartbreaking scenes from Paris of Notre-Dame Cathedral blazing fire yesterday reminded us of Richard Linklater’s film Before Sunset (the second installment in Before series) starring Ethan Hawke and Julie Delpy premonition that it will be gone one day. 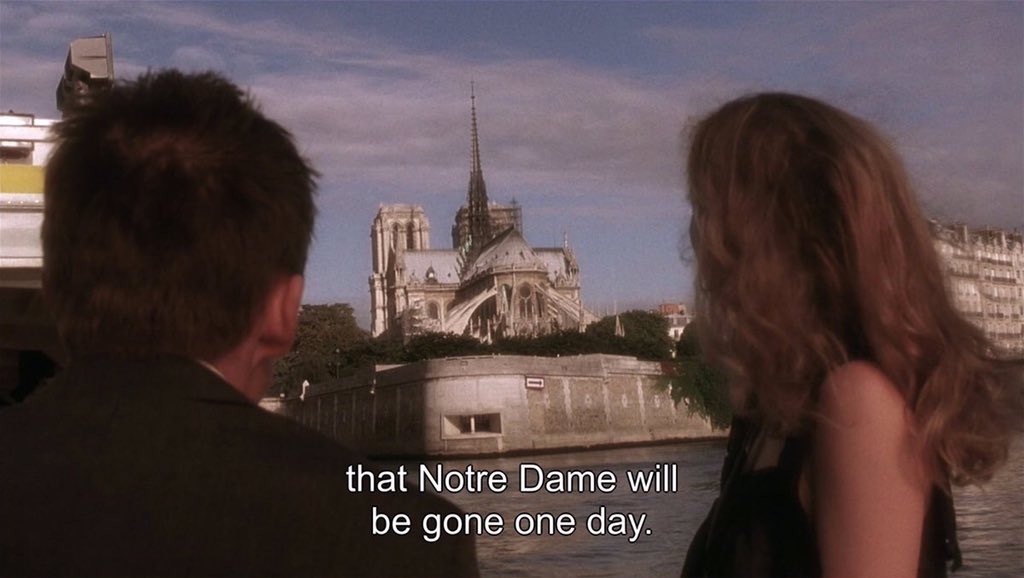 Hundreds of firemen battled the blaze which consumed the roof and collapsed the eight-centuries-old cathedral’s spire for more than eight hours before bringing it under control, saving only its bell towers and outer walls.

The fire tore through the cathedral’s timbered roofing, where workmen were carrying out extensive renovations to collapsed balustrades and crumbling gargoyles and the spire’s wooden frame.

Parisians watched in horror, some crying, others offering prayers, as red flames engulfed the historic structure. 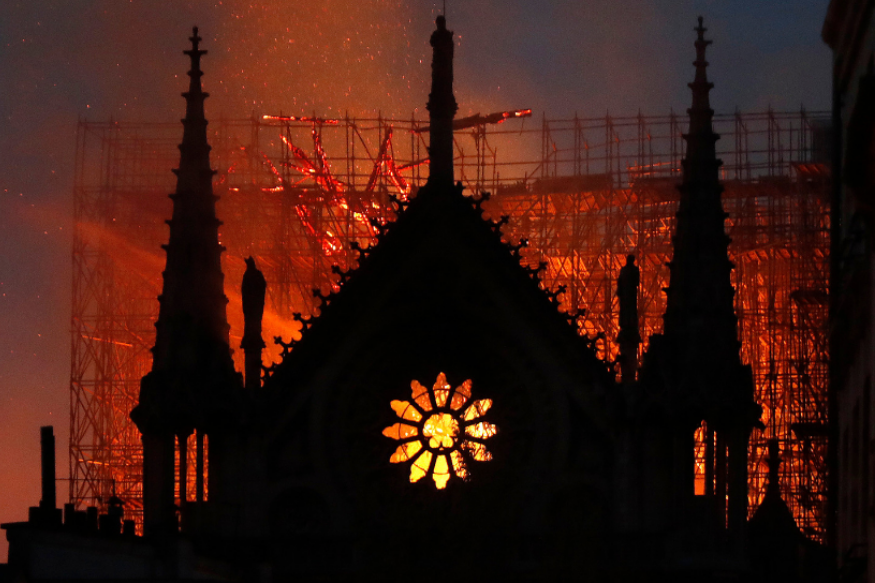 The romantic-drama movie that came out back in 2004, a sequel to 1995’s Before Sunrise, marks the reunion of Jesse and Céline in Paris after 9 years since their first night together in Vienna.

In one of the scenes in Before Sunset, Jesse (aboard a boat) glances at the Paris structure and shares a legend with Céline about the beauty that is Notre-Dame Cathedral.

Jesse: I heard this story once, about when the… the Germans were occupying Paris and they had to retreat back, they wire Notre Dame to blow. But they had to… they had to leave one guy in charge of hitting the switch and the guy, the soldier, he… he couldn’t do it. You know, he just sat there, knocked out by how beautiful the place was. And then, when the Allied troops came in, they found all the explosives just lying there… and the switch unturned and they found the same thing at Sacre Coeur… Eiffel Tower and a couple of other places, I think.

Céline: Is that true?

Jesse: I don’t know… I always liked the story though.

Céline: Yeah, that’s a great story. But you have to think that Notre Dame will be gone one day. There used to be another church or cathedral at the same. Right there.