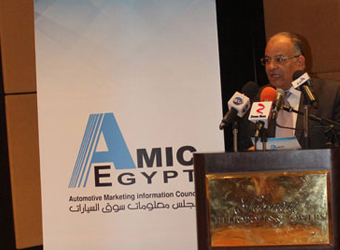 The total number of sold automotives in the Egyptian market is expected to rise by 18 percent  by the end of 2016 to hit around 228,000.

He made these remarks during his speech in the Third Annual Summit for Automotive Industry- Egypt Automotive 2016 that takes place on December 13, 2016.

Egypt Automotive 2016 will address the incentives that come along expanding the export industry, and the challenges that automotive companies will face, along with its benefits. This strategy was the main focus during the discussions that took place in the first and second automotive summits.

Hussien added that these numbers are the best in the Middle East during 2016 since Gulf markets witnessed a 25 percent decline in sales volume.

The official noted that private cars seized 14 percent of the total sold automotives in 2016.

Egypt Automotive 2016 will present the opportunities available in the Suez Canal Area Development Project for companies operating in the automotive industry, as well as the role of the private sector in planning and implementing the automotive industrial area, and the advantages and facilities that stimulate investment in the region.

It will also discuss successful and competing experiences found in Africa that attract and localise the regional automotive industry, and what elements of attraction are offered by those markets to the industry.