Palestinian militants agree truce after exchange of fire with Israel 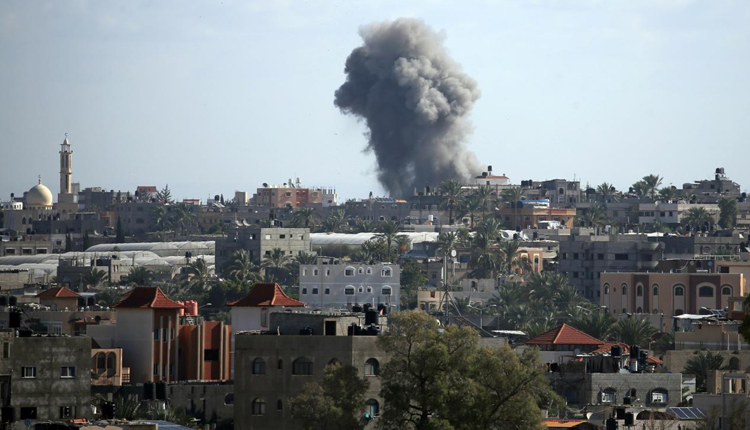 The Israeli frontier with Gaza fell silent on Saturday under what Palestinians described as an Egyptian-mediated truce, after Israel responded to the biggest salvo of Palestinian rockets for months with scores of air strikes on Gaza targets.

The Palestinian Islamic Jihad, one of the armed groups operating in Gaza, said it fired the rockets in retaliation for Israel’s killing of four Palestinians at a border demonstration on Friday. Israel said its air force hit more than 80 targets in response to about 40 Gaza rockets launched into Israel.

There were no immediate reports of deaths on Saturday from either the rockets or the retaliatory strikes.

An Israeli military spokeswoman declined to comment on Shehab’s remarks. By nightfall on Saturday violence had abated, with no further reports of Palestinian rocket launches or Israeli air strikes in Gaza.

Egyptian security officials have been talking separately to Israeli and Palestinian leaders in an attempt to restore calm along the border.

The four Palestinians were killed on Friday during protests at the frontier between Israel and Gaza, held since March 30 against Israel’s blockade of the territory and in support of a right for Palestinian refugees to return to homes in Israel.

Israel said its forces had been attacked with explosive devices and that some demonstrators breached the border.

“Orders and incentives were given from Damascus with a clear involvement of the Iranian Revolutionary Guards al-Quds force,” Conricus told reporters. “Our response is not limited geographically.”

Israel regularly accuses Iran of aiding Gaza militants, but rarely levels the charge in connection with a specific rocket attack. It has struck scores of times inside Syria during the seven-year civil war there, at what it has said were Iranian targets or Teheran’s transfers of weapons to Hezbollah fighters.

Israeli Prime Minister Benjamin Netanyahu made a rare visit to Oman on Friday. Israel and some Gulf states share an interest in curbing Iran’s influence in the region.

Shehab dismissed the allegation of foreign involvement as “an Israeli attempt to evade its responsibility” for the border deaths.

The Israeli military said it holds Hamas, a Palestinian militant group that has controlled Gaza since 2007, accountable for all events there. Israel and Hamas have fought three wars since Hamas took power in Gaza.

About two million Palestinians are packed into the Gaza Strip, mainly stateless descendants of refugees who fled or were driven from homes in Israel when it was founded in 1948. Gaza is in a deep economic crisis as a result of an Israeli naval blockade and tight Israeli and Egyptian control of its land crossings, which Israel says it maintains for security reasons.