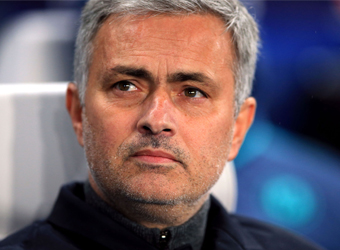 Manchester United manager Jose Mourinho said that certain members of his squad need to realise the importance of winning.

United are unbeaten in 14 Premier League games but have drawn their past three and been sixth in the table after each round of matches since 6 November.

“Playing to win, having the responsibility to win, and coping with the pressure of winning is something that has to belong to your natural habitat,” said Mourinho.

“For some guys, it doesn’t,” Mourinho added.

Mourinho did not name any individuals, but speaking before Sunday’s trip to champions Leicester (16:00 GMT kick-off), he said that his squad contains players who need time to go out of a comfort or a protected zone where they don’t think the aim is to win.

Meanwhile, midfielder Bastian Schweinsteiger has been added to United’s Europa League squad after being left out for the group stages.

The 32-year-old former Germany captain will now be available for the last-32 tie against Saint-Etienne later this month.

Having signed four players last summer, United did not buy anyone during the January transfer window, but Mourinho has identified the men he wants in the summer.

United have recently become embroiled in negotiations with Real Madrid defender Sergio Ramos, forward Gareth Bale, and midfielder Cesc Fabregas when he was at Barcelona.

But Mourinho added that he will not chase impossible transfers.

“I know what I want and I am very realistic,” said the Portuguese, adding: “I know what the impossible targets are and I don’t like my club to participate in them.”

“It is a waste of time. It is a gift to the agents to help them improve their situation,” Portuguese also said.

They have been in sixth place since early November, there is a real possibility that United will fail to qualify for the Champions League for a second successive year.

That would cost them more than £20 million in sponsorship income due to a clause in their £750 million- 10-year deal with Adidas- but is unlikely to impact on their ability to attract top-class players because of Mourinho’s reputation and the club’s ability to pay top salaries.

Mourinho’s priorities will be to bring in at least one game-changing forward and bolster his defence significantly.

Atletico Madrid forward Antoine Griezmann has been heavily linked, although United officials have played down a story from France that personal terms with the 25-year-old have already been agreed.

A formal move for Benfica’s Victor Lindelof is anticipated after United ruled out a January move for the 22-year-old Sweden defender due to his near £40m buyout clause.

Monaco defensive midfielder Tiemoue Bakayoko is also of interest to Mourinho, with England winger Ashley Young and Schweinsteiger top of the list of likely departures.