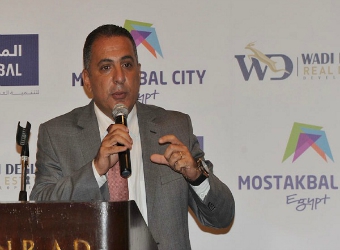 The project will be implemented on a space of 140,000 square metres, Chairman Maged Helmy said Sunday.

Helmy added that his company owns various land portfolios of 8 million square metres in which more than 20 projects are underway.

Wadi Degla is planning to launch a number of tourism and residential projects within next year, he further referred.

“We have an ambitious strategy to launch mega projects in Ain Sokhna, North Coast, Hurghada, and Maadi as well as New Cairo and Six of October city this year,” he noted.