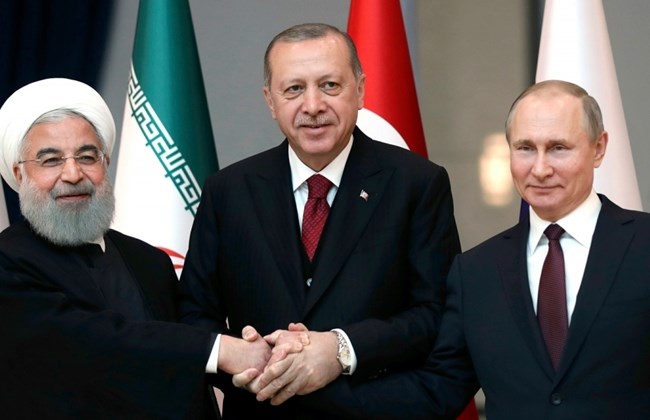 The Kremlin on Monday said the leaders of Russia, Iran and Turkey would on Friday hold a tripartite summit in Iran seeking an end to the Syrian conflict.

In a statement confirming the date of September 7 that was reported earlier by Turkish media, the Kremlin said Putin would “make a working visit to Iran” for the talks.

He and Turkish President Recep Tayyip Erdogan and Iranian President Hassan Rouhani will consider “further joint efforts to ensure long-term normalisation of the situation in Syria,” the Kremlin said.

Putin also plans bilateral talks with each of the leaders, it added.

The Kremlin said they would discuss further measures “aimed at finally liquidating the hotbed of international terrorism” in Syria, where the conflict has killed more than 350,000 people since 2011.

Discussions will look at “promoting the process of a political settlement, including creating the conditions for the return of refugees and the internally displaced,” the Kremlin said.

The statement did not say where in Iran the talks would be held, but Kremlin spokesman Dmitry Peskov said last week they would be in Tehran.

Putin, Rouhani and Erdogan have backed Syria peace talks based in the Kazakh capital of Astana which they insist are aimed at reinforcing, rather than undermining, a parallel UN peace process in Geneva.

The three leaders last met for similar tripartite talks in Ankara in April and before that in November last year in the Russian resort of Sochi.

Iran and Russia are the main allies of Syrian President Bashar al-Assad and their military interventions in Syria are widely seen as tipping the balance of the seven-year civil war in the regime’s favour.

Turkey has backed rebels seeking to oust Assad but since late 2016 has been working increasingly closely with Iran and Russia to bring peace to Syria.

Preparations for the talks are going on as a Syrian regime offensive is expected imminently in the country’s last rebel stronghold, northwestern Idlib province, which Assad wants to recapture to crown a string of military successes.

Turkey has warned that a military operation to take Idlib risks provoking a humanitarian “catastrophe” with 3.5 million people crammed into the region.

Salah, Ronaldo, and Modric on FIFA player of the year shortlist