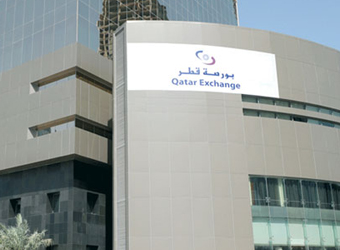 “Local funds are stepping up, and buying after the market has lost 10 percent since early August, some companies are looking pretty cheap,” said a Doha-based fund manager.

Shares of Qatar Electricity and Water were up 1.9 percent after it said land has been allocated for the solar power project in Al Kharsaah, which is set to produce 500 to 1,000 megawatt of electricity.

The first phase of the project will cost around $500 million for producing 500 MW of electricity and to be completed by 2020, the company said adding that investors for the solar power project will be named soon.

In Abu Dhabi, shares of Dana Gas were flat as about 10.6 million shares were traded, making up roughly 55 percent of the total volume on the Abu Dhabi exchange.

London High Court judge on Tuesday adjourned a trial on Dana Gas and its creditors until Thursday after lawyers for the Abu Dhabi-listed company said that it was prevented from taking part in the proceedings because of an injunction by a Sharjah court, while shares of Qatar’s utility company may rise on new solar plant project.

The judge said he might complete it regardless of whether all parties were present.

Shares of Dana rose 1.3 percent on Tuesday, before the news of the adjournment came.

Dubai theme park operator DXB Entertainments’ rose 0.8 percent after its board approved an agreement with privately held Meraas Holding and Meraas Leisure and Entertainment for a 245 million subordinated shareholder loan.

The company has been struggling to break even since it opened some of it theme parks last year and its stock price has taken a hit, down nearly 40 percent since the start of the year, significantly underperforming the main index.

Dubai’s index however fell 0.1 percent as ten other shares declined including courier Aramex, down 0.8 percent.