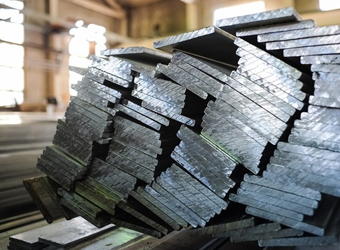 Qatar’s isolation by top Arab nations has already hit aluminium exports from a plant part-owned by Norway’s Norsk Hydro which warned Tuesday it would take time to restart them.

Saudi Arabia, Egypt, the United Arab Emirates and Bahrain on Monday cut ties with Qatar which denounced the move as predicated on lies about it supporting militants. Qatar has often been accused of being a funding source for Islamists, as has Saudi Arabia.

“Most Qatalum shipments normally go through the large Jebel Ali port in (the) UAE, but this port looks to be closed for all Qatar shipments from Tuesday morning,” Norsk Hydro said.

Norsk Hydro and State-owned Qatar Petroleum each own 50 percent of the Qatalum joint venture, which produces more than 600,000 tonnes of primary aluminium per year.

The aluminium is exported by ships from Qatar to the Jebel Ali port, where the metal is then transferred onto larger vessels and shipped to customers in Asia, Europe and the United States.

“Our people are looking at whether we could ship directly from Qatar or use an alternative regional hub,” a Norsk Hydro spokesman told Reuters.

Any solution would take time, he added. “There are several alternatives we are looking at and we will look at all possibilities,” he said.

“But this is complex and will take some time.”

Shares in Norsk Hydro were down 1.8 percent at 0818 GMT, lagging an Oslo benchmark index which was 0.6 percent lower.

“The most important (thing) is that they get the aluminium out of Qatar, but this could lead to delays and some financial effects. But I don’t think it is anything dramatic,” Danske Bank analyst Eirik Melle said.